According to MayoClinic.org, congenital adrenal hyperplasia (CAH) is a genetic disorder whereby the adrenal glands (a pair of walnut sized organs that are located above the kidneys) are missing one of the enzymes that help produce hormones which regulate the metabolism, the immune system and also other essential functions. But for 18-year-old Shannon Glasson who has CAH, her body lacks the ability to produce adrenaline and thus she does not feel fear. 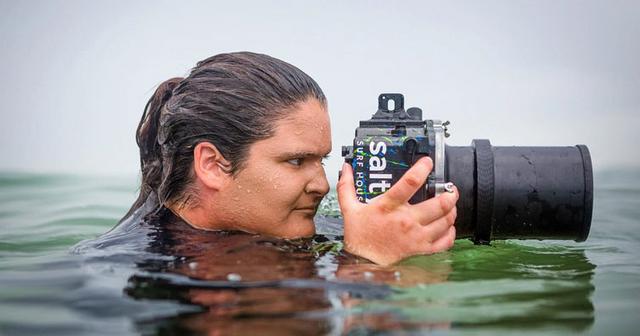 The 18-year-old native of Australia was also born with a foot condition called Talipes which meant that her feet were internally rotated at the ankles and doctors long postulated that she would not be able to walk. As the family lived in Cronulla, which is located near a beach, doctors told her parents to teach her how to swim instead. In an interview with the New York Post, the 18-year-old said: ‘the doctors told my parents at birth that I may never walk, but my parents still continued to proceed with the extensive number of surgeries and although I have a few limitations I now can live a pretty normal life – well, what I think is normal!’

But despite her hardships and hurdles, Shannon was still able to pursue things that she wanted to do and soon she learned to walk and run also! She said: ‘I learned to swim at two and learned to walk at five – so that definitely played a part in my connection with the ocean. I feel a lot more confident swimming then what I do walking around. But I don’t really know anything different, so to me swimming is as normal as walking is to people. The injections still continue, and will my whole life. I have a permanent bruise on my leg from the needles. I still take steroids up to five times a day to somewhat live a normal life.’

But now, she has embraced her love of the ocean and she’s even added photography to the mix. With her lack of fear she has shot pictures at some of the world’s heaviest waves at the Shark Island reef break as well as Cape Solander and the Voodoo reef. Shannon says the biggest wave she’s faced so far has been 15 feet! 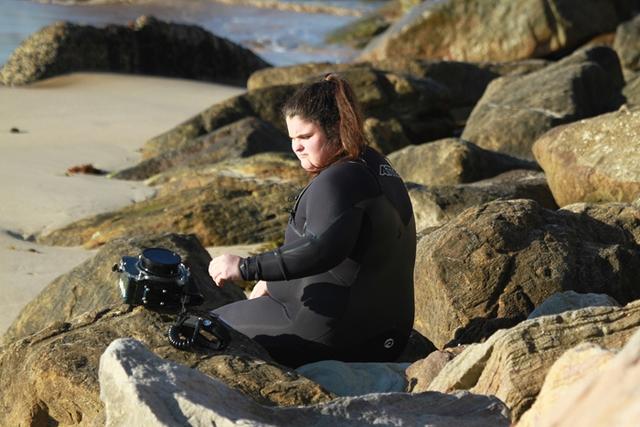