Anyone who lives in warm temperatures: the North is pretty jealous of you. Most of you are probably aware how cold it is right now in much of North America. I mean, it’s so cold that it’s causing all different kinds of chaos.

People are staying inside as much as they can, festive celebrations are being canceled and, generally, the continent is being known as the coldest place in the world right now. But the cold winter can also create some incredible photos. Might as well make the best of cold temperatures by taking a few artistic photos, right? 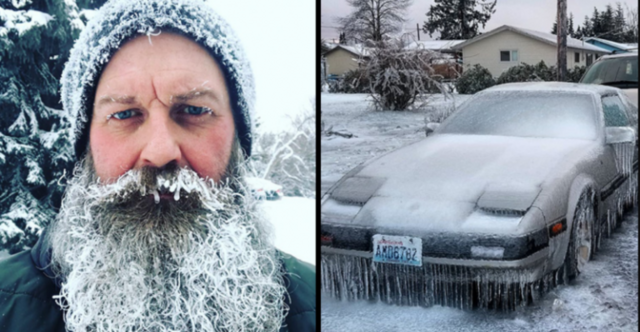 Well, here is a list of some of the most gorgeous photos of the winter. It’ll make you feel a little better about the ridiculously cold temperatures. Check out the photos in all their glacial glory!

Check out this bowl of Ramen noodles completely frozen outside. I mean just imagine how cold it could be if the spoon gets frozen holding up a couple of noodles. At least it made the photo look really cool, right?

Anytime it snows, it turns a place into a beautiful winter wonderland. Just check out this beautiful photo of New York City in the cold winter time. It honestly looks like a postcard. Cold or not, I would love to be in the center of that photo. All bundled up of course, with perhaps two pairs of gloves on. 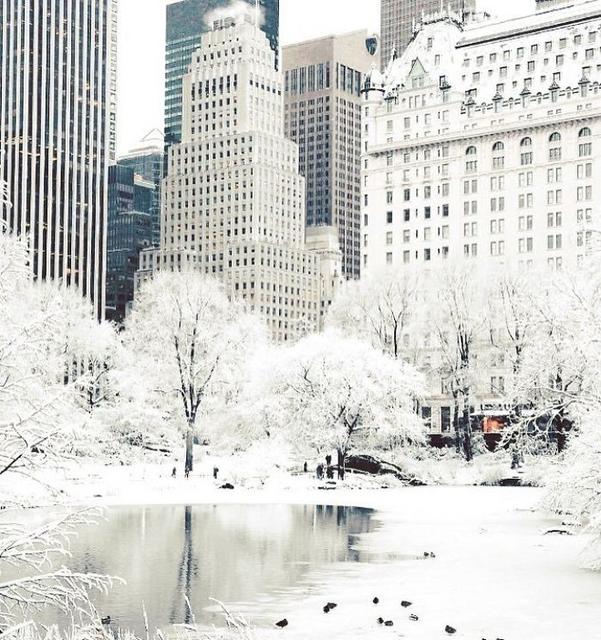 Animals feel the disgustingly cold weather just as much as humans do. So anyone who own pets, make sure you bundle them up before you take them out. Just check out this dog rocking his owner’s jacket. It was so cold, his owner had to cover his puppy up! 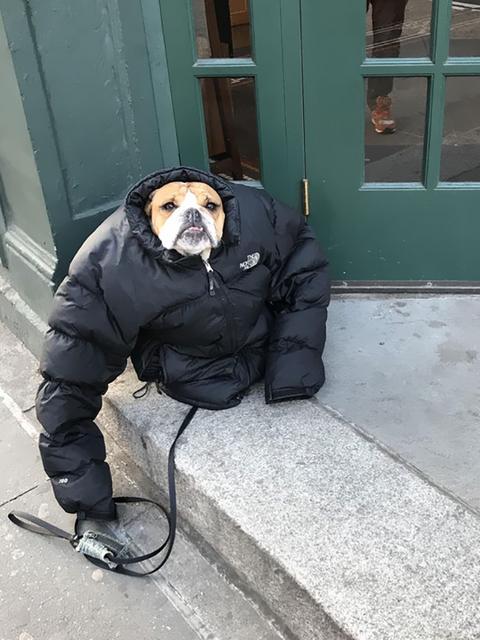 Niagara Falls is absolutely gorgeous. Just the flow of the water, you can stare at it all day, every day. But the falls become icy when it’s freezing cold out. Even in their cold glory, the falls manage to look absolutely breathtaking.

Check out this person’s window. It looks like a bunch of ice fairies was dancing on their window. Just imagine waking up in the morning and seeing this right out of your window. I probably could stare at it all day…and not want to get out of bed because it’s so cold. 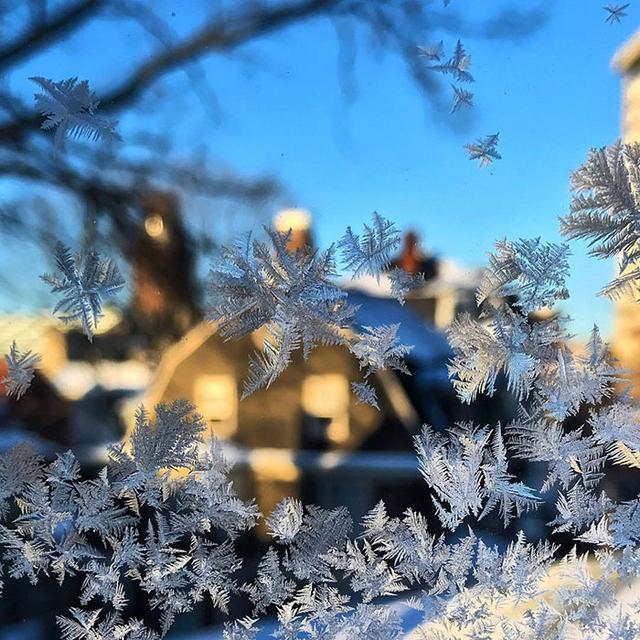 This is a photo of 63 inches of snow that happened in the span of two days. That is far from normal. But there’s something about this photo that makes it look like it’s a scene from Narnia. I wouldn’t care how cold it was, I would LOVE to walk in that pathway. It’s a real-life winter wonderland. 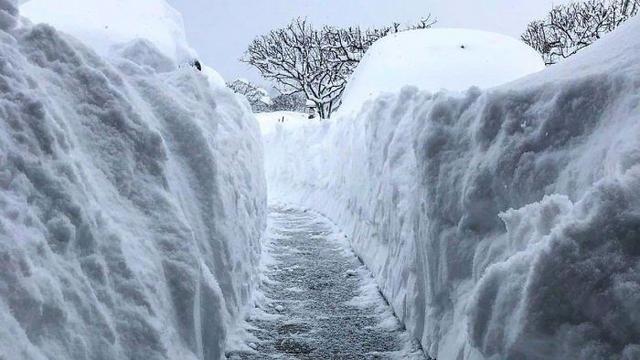 Anyone who is a sports fan knows how hardcore people get to show love and support for their team. Just check out these Bills fans. Not only does it look like they have turned into icicles from the cold, but the snow is just the icing on the cake. These are true fans. 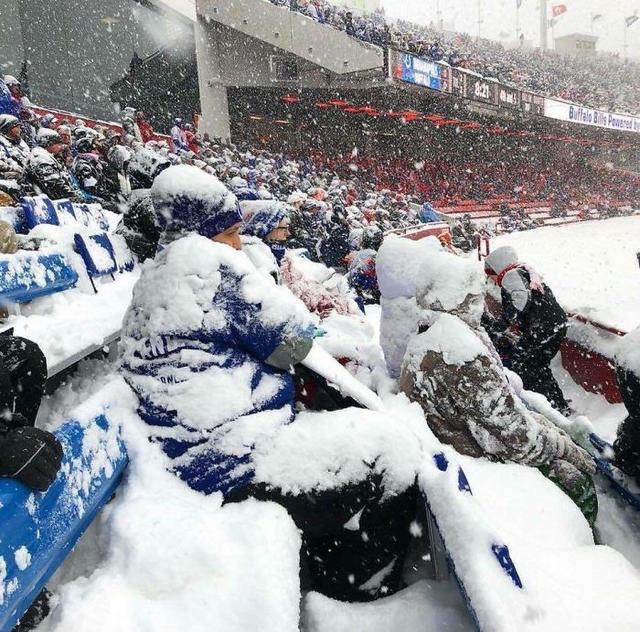 How cold does it have to be to freeze solid a Lighthouse? Well, this person took a photo of a Lighthouse and Pier completely frozen solid in St. Joseph, Michigan. Regardless how ridiculously cold it is out there, it made a really fantastic photo. It almost doesn’t even look real! 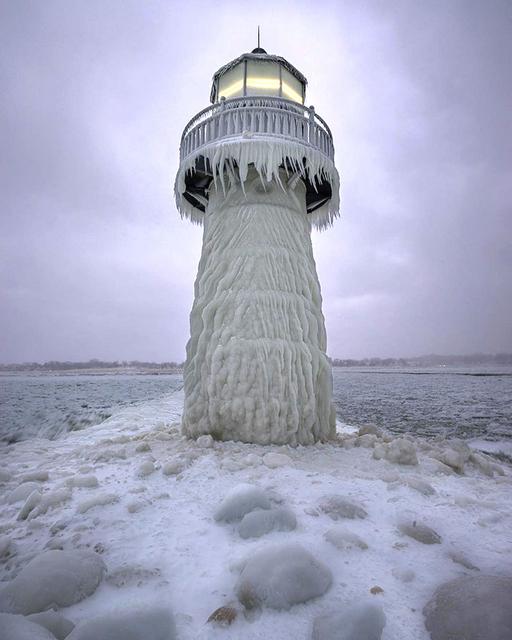 This will make you cold just staring at this photo. It looks like Freeze from “The Incredibles” flew by this fire hydrant and completely froze over the water. Hopefully, everyone who walked by this area noticed all the ice and no one slipped over it. Looks dangerous! 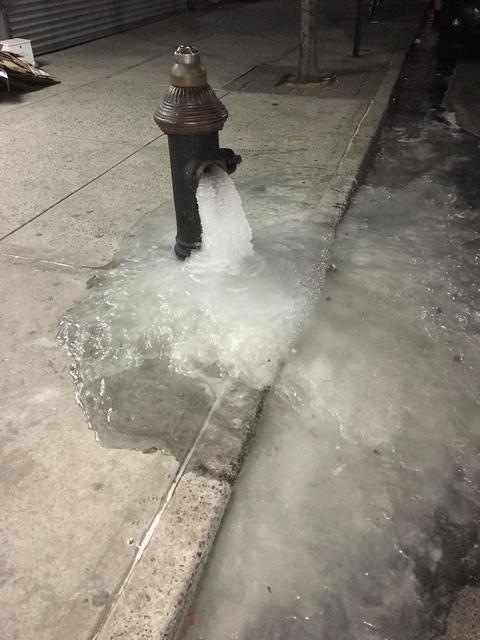 The man in this photo doesn’t look too happy living where he is currently living. I mean can we really blame him? He lives in a place that is so cold, his beard, eyebrows, and eyelashes have completely frozen over. Not going to lie though, it made for a really artsy, unique photo. I’m a fan. 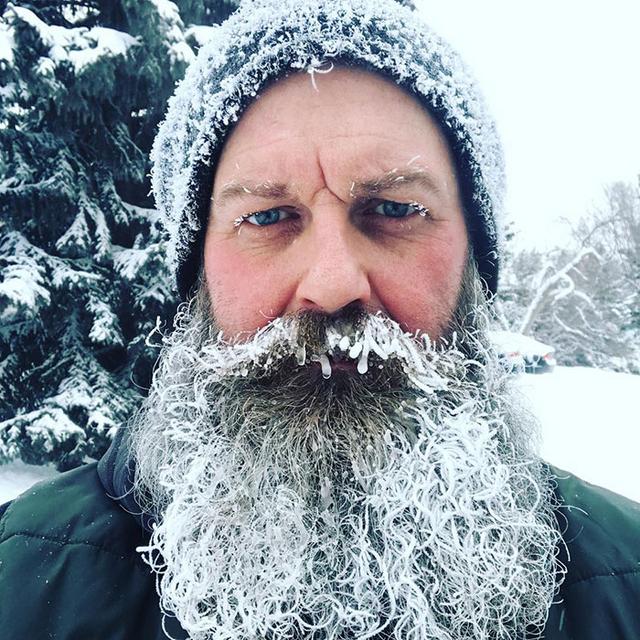 It’s no secret, Canada gets pretty cold in the winter time. If you don’t fully understand how cold it gets, check out this photo. The windows have fully cracked. That can’t be safe…I’d book a flight to Hawaii or Florida as fast as possible…and stand pretty far away from the windows in that house. 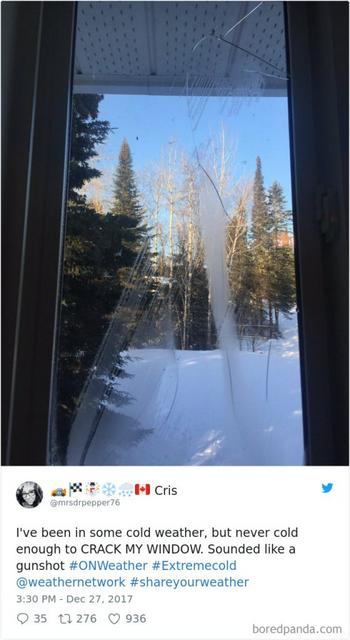 A lot of you probably didn’t even think it was possible, but when it’s EXTREMELY cold out, it’s possible for the steam from the sewer grate to turn completely into snow. I’m sure all those scientists out there knew this was possible but for the rest of us, this is brand new information. I would stay inside if it was THAT cold out. 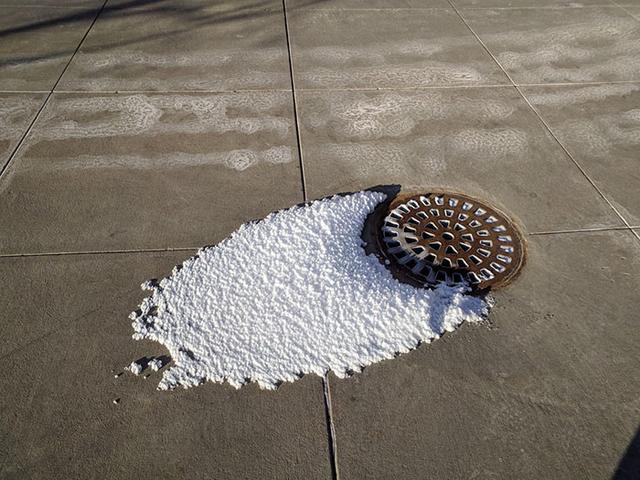 Apparently, if you live in Canada during the winter time, you become a human torch. It’s no secret Canada could get dangerously cold in the winter time. This person is another example of how cold it gets over there. There is literally steam coming out of his hand. It’s incredible!

At first glance, this looks like an ice sculpture that was somehow formed out of little bubbles of icicles. But actually it’s the Forsyth Park Fountain and icicles have formed around the Tritons. How could it possibly be that the entire statue froze over? 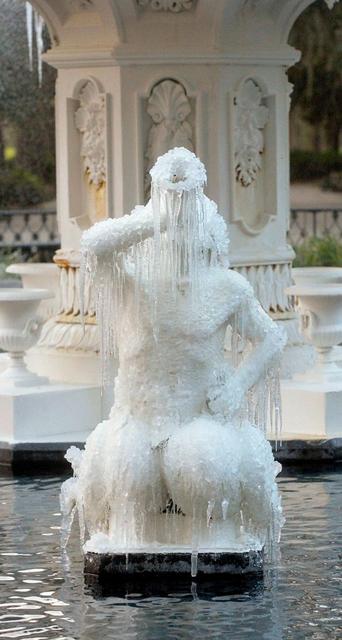 Ever wondered how a flower looks like completely covered in ice? Well, you don’t have to wonder anymore. Check out this gorgeous flower in the winter time. I’m surprised it kept its popping red color. There’s something so artsy about this photo. Good for the photographer for capturing this moment. Many of us don’t see something like this. 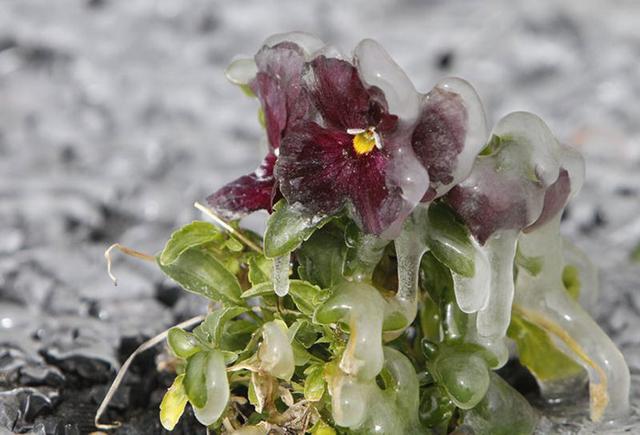 Okay, photos of frozen water, specifical waterfalls, are really pretty. Just check out this photo of a frozen over Minnehaha Falls. It looks like another photo from Narnia or some other fantasy world. I’d almost bear the cold just to stand in the middle of this. 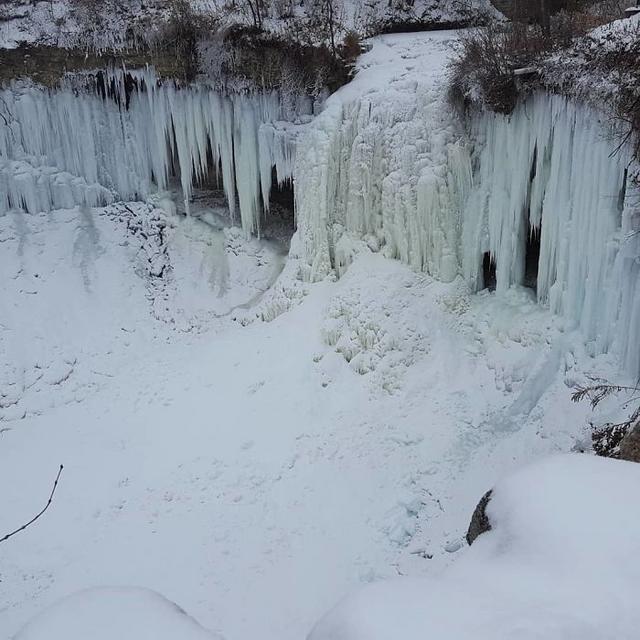 The colder it gets, the weirder things start happening with the snow and ice. Check out this photo of a secluded bay near north avenue beach. For some reason, the snow has formed ice pancakes on the ground. Wonder how on earth that happened! 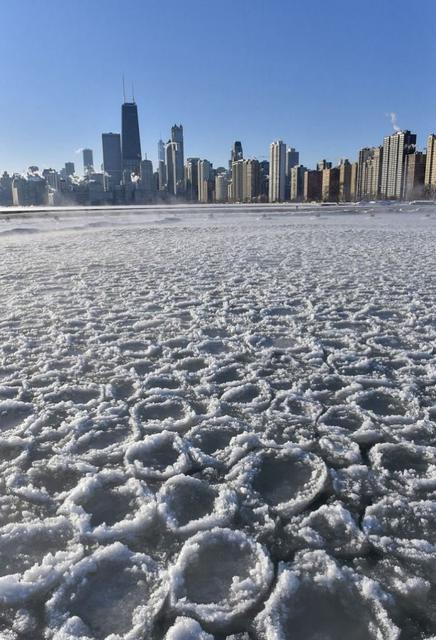