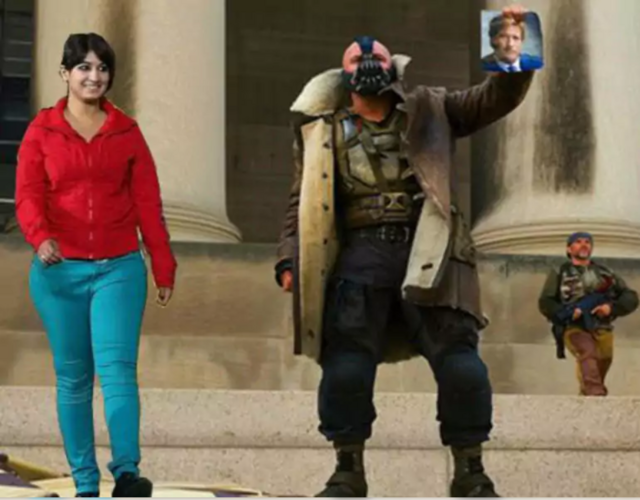 You might have known this lady in red as the Olympic Mystery Woman who was accused of gate-crashing the athlete’s march on the 2012 London Olympics. The meme industry used her bossy attitude by making her stand behind ‘Bane’ from the ‘The dark knight rises’

But what exactly is her story? 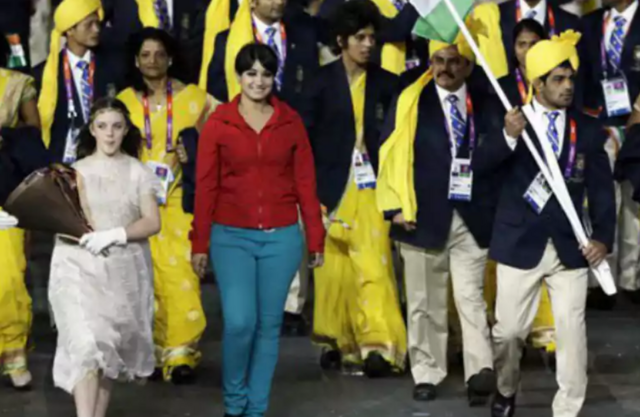 Her real name is Madhura and although she was said to be a commoner, she was one of the participants of some dance group. But nothing could stop her to be all over the internet.