Once wintertime arrives, we are forced to share the road with other motorists who may not be able to handle inclement conditions. You also have to remain vigilant when it comes to other problems that can take place on the road during this time of year. Snowbanks and black ice can cause numerous issues. One forgotten problem this time of year? The snow that collects on top of cars.

When you are wiping down your snow covered roof before hitting the highway, you might think that a good once over is enough. But it all takes is one missed patch of snow to cause a major problem for another driver. This harrowing dash cam video provides a terrifying glimpse into what can take place when we do not take the time to properly clean our vehicles.

Jeffrey was headed down the highway on a winter day to run some errands. He waited until the roads had cleared before embarking on his trip. While Jeffrey thought that he had taken the proper precautions, he was very wrong. When he first saw another car a few hundred feet in front of him, he did not think much of it. After all, we do need to share the highway with one another, don’t we? 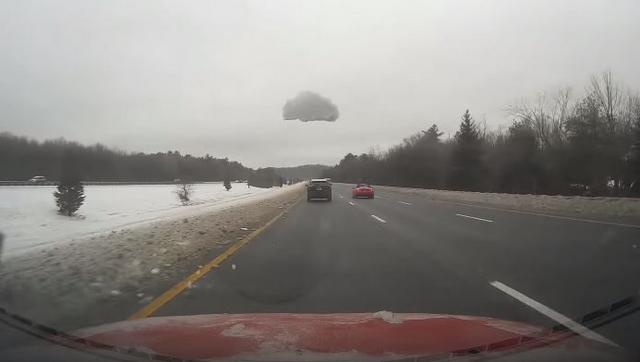 A few moments later, bits of snow from the top of the other car’s roof began to pelt his own. What he saw next was utterly astounding. An entire sheet of snow that had collected on top of the roof lifted off from the roof in one neat clump. From there, the sheet of snow lifted into the air and started heading towards his vehicle at a frightening rate of speed. 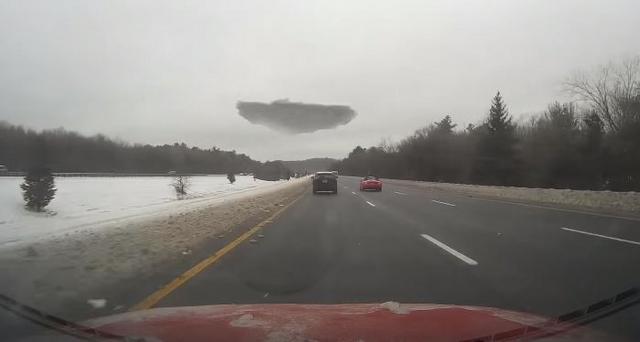