Before introducing a new product to a particular region, marketing specialists conduct research and thoroughly study consumer expectations. Manufacturing companies try to adapt packaging designs and product names to meet national peculiarities of the market. So if you think you know exactly how your favorite candy bar looks, try to recognize it in some other country.

We came up with this fun list of products that look and sometimes sound a bit different depending on the country they’re sold in. 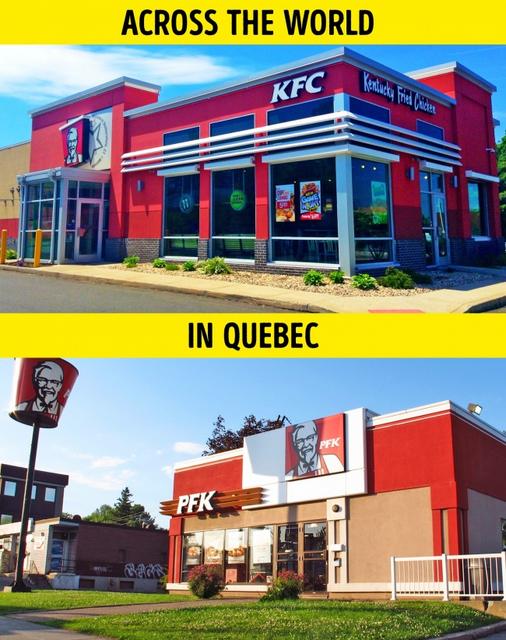 In Quebec, a French-speaking province of Canada, you’ll never find a KFC, the famous fast-food restaurant from America. They do have the restaurants, but they call it Poulet Frit Kentucky or simply PFK. 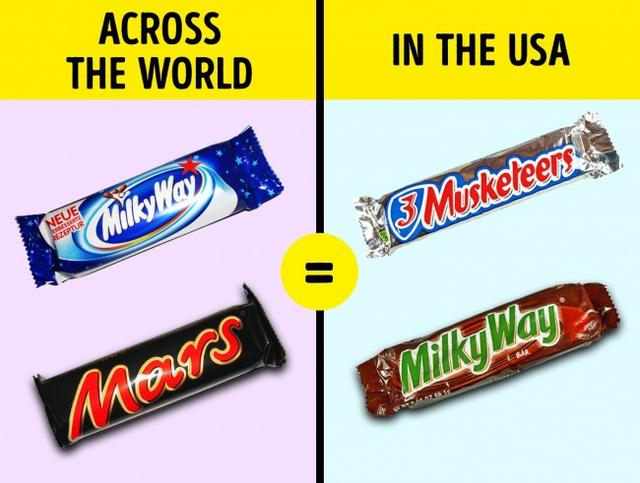 If you tried a yummy chocolate-covered candy bar named Milky Way somewhere in Europe, you surely remember its blue package with little stars. If you want to buy the same candy in the US, look for 3 Musketeers. The American version of Milky Way comes in a brown package and tastes like a Mars bar. 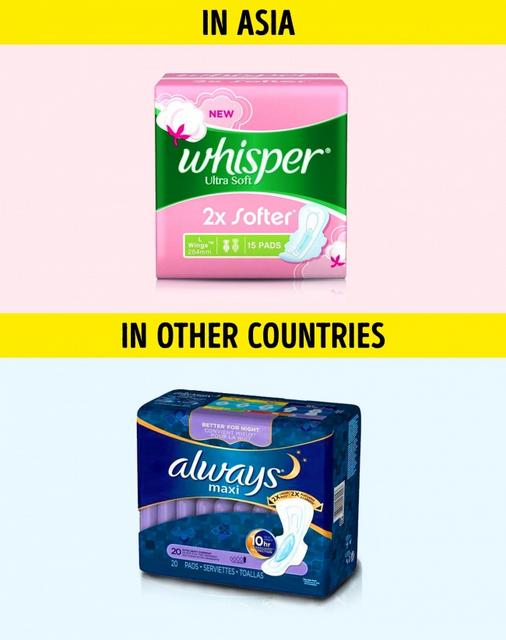 Apparently, feminine hygiene products by Procter & Gamble have different names in different countries. Women from Asia and Australia use Whisper, it’s Lines in Italy, Orkid in Turkey, and Evax and Ausonia in Spain and Portugal. 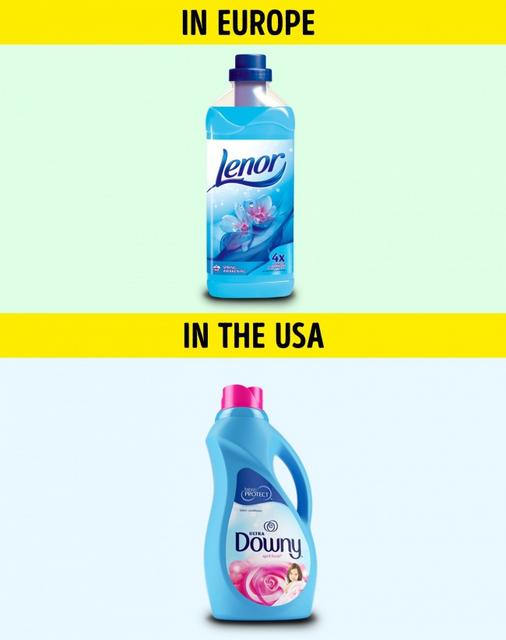 Every housewife from Europe, Japan, and Russia knows that Lenor is a brand of fabric softener and dryer sheets. The same fabric softener sold in America is called Downy. 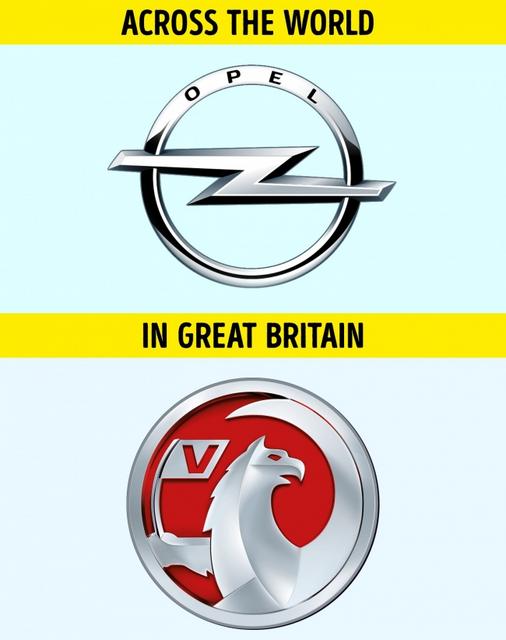 In the mid-20th century, Vauxhall, one of the biggest vehicle manufacturers in Great Britain, merged with the German company Opel. Nevertheless, all cars produced for the British market are sold under the Vauxhall brand name. 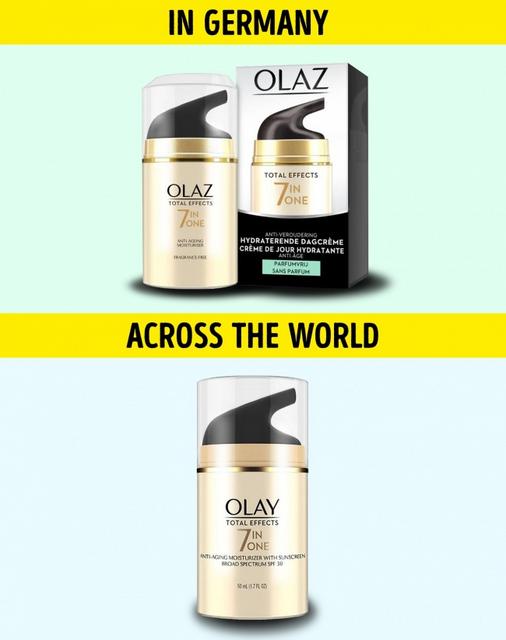 Throughout its history, Olay, a popular cosmetics brand by Procter & Gamble, had many names. Among others, it was called Oil of Ulay, Oil of Ulan, and Oil of Olaz. In 1999, the company introduced a united global name for its products: Olay. However, even after that, in the Netherlands, Germany, Italy, and Belgium, it’s still known as Oil of Olaz or simply Olaz. 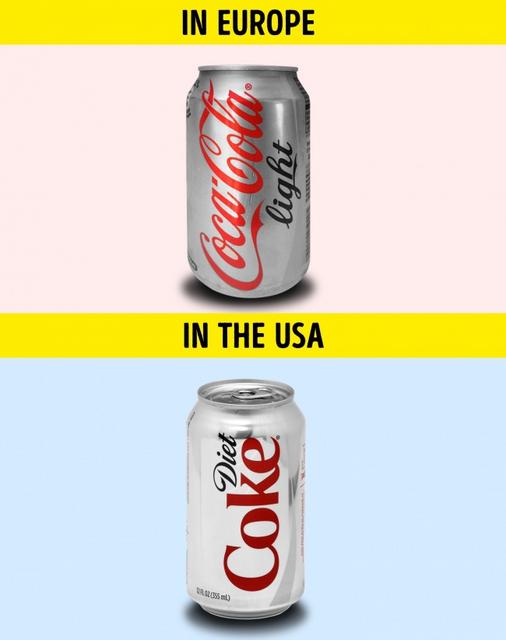 A low-calorie Coca-Cola also comes in different packages depending on the country. In the USA and Great Britain, you’ll be served Diet Coke, but if you travel across Europe, ask for Coca-Cola Light. In many countries, the word “diet” doesn’t necessarily mean a low-calorie product. Since 2005, the company has invested money in advertising Coca-Cola Zero instead of Coca-Cola Light. 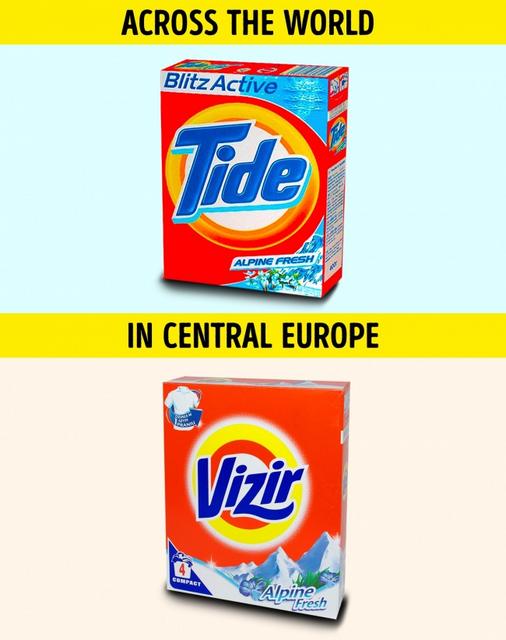 Tide, a laundry detergent manufactured by Procter & Gamble, has at least 2 more brand names: Alo in Turkey and Vizir in Central Europe. It’s up to local marketing specialists to decide which brand name will be better accepted by consumers. By the way, Tide also comes in different forms depending on the type of cleaning local people prefer. For example, in the Philippines and Indonesia, Tide comes in the form of soap. 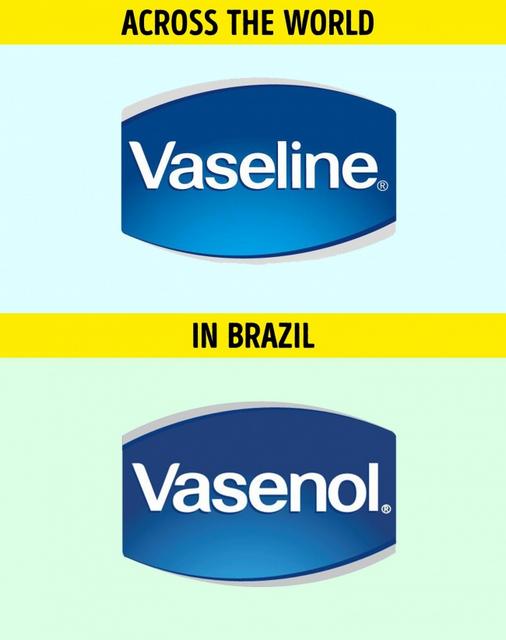 Vaseline, a healing remedy for dry skin, is part of the Unilever family. It’s named a bit differently in Spanish and Portuguese, so if you happen to look for Vaseline in these countries, make sure you pronounce it correctly: Vasenol.