Some movies make you think for a long time. Others, you can just watch once and forget about them straightaway. And then there are films appreciated most of all by the fairer s*x. You might not believe us, but the latter are not always just about love. Like women themselves, they can be multifaceted and unpredictable.
We presents a few of them to you below. Remember these ones — sometimes an idea from a film, discovered at the right time, can change your life. 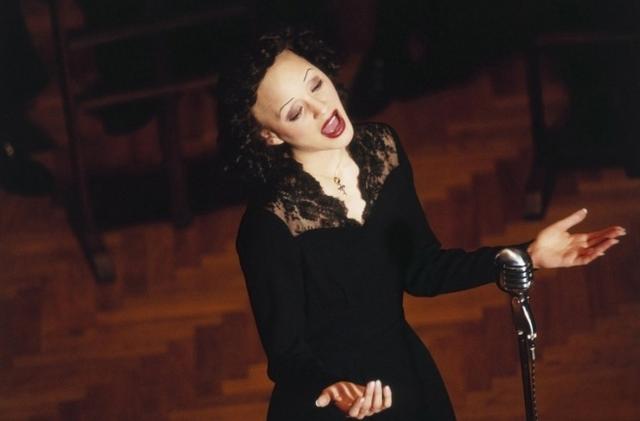 A penetrating and sensitive biopic of the French diva Edith Piaf, who waged one long battle for the right to live, sing and love — something which is significant in itself. It is arguably a masterpiece, depicting the real atmosphere in Paris during Piaf’s lifetime like no other film — one which was wild, absurd and enchanting all at the same time. We see how the City of Light is sweet and romantic only for those who are unfamiliar with it.

A film without any complicated plot twists or flashy battle scenes. Yet it is, perhaps, one of the few movies which truly show us what the strength of the human spirit looks like — and in this case, specifically among women. ’G.I. Jane’ contains some unforgettable scenes and the plot works perfectly, making it a classic. 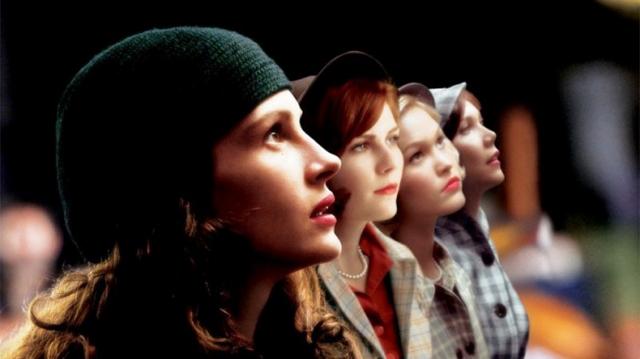 Cinema doesn’t get more profound than ’Mona Lisa Smile’. This movie will teach you about the value of dignity, courage, and firmness of purpose. But that’s not the most important thing about it; it truly shows important it is to think for yourself. Thanks to this, and to its well-chosen cast, ’Mona Lisa Smile’ turns out to be neither just another chick flick nor only of interest to feminists; instead, it has universal appeal. 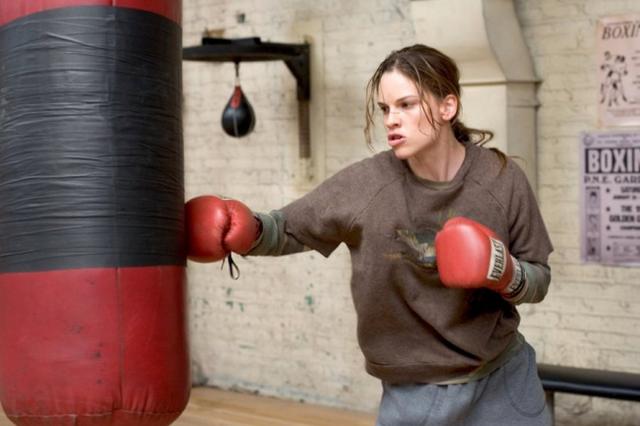 ’Million Dollar Baby’ is a thoroughly captivating film, mainly on account of its uncompromising depiction of reality. It shows the true severity and cruelty of life as it is. Sometimes the world throws up challenges which only decisive, fearless, driven individuals can deal with. Director Clint Eastwood manages to depict the many interesting subtleties of such situations, whilst the cast truly live and breathe their roles to serve up an emotional performance. Some will say this movie is depressing, but when the story centres on a young woman trying to become a boxing champion, you shouldn’t really expect a happy end. 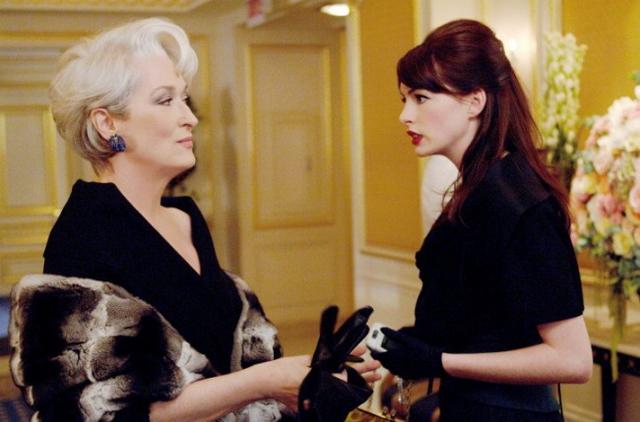 The world of fashion is indisputably beautiful. But it’s also cruel in equal measure. Even the smallest failing can bring you tumbling down from its summit. The makers of ’The Devil Wears Prada’ never intended to produce a seminal film, of course. It’s similar to other comedy-drama movies. Nevertheless, it’s still an excellent production. Light-hearted, fun and with a thoughtful plot brought to life by Meryl Streep and Anne Hathaway. 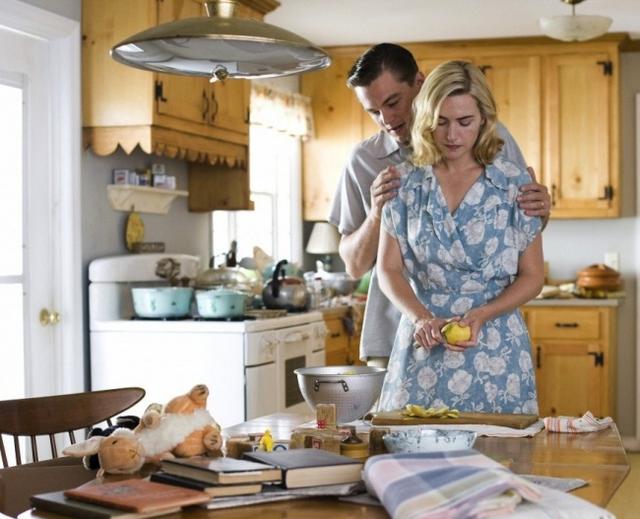 You could be forgiven if you thought a movie about a husband and wife with two kids, going through a personal crisis in mid-twentieth century America, was unlikely to prove inspirational to an audience. Yet by the end of ’Revolutionary Road’, you’ll barely be able to pull yourself out of your seat, from the knowledge that everything you just saw is, in fact, about you. We can all try to run away to Paris to escape a hopeless situation at home, like the protagonists do here. But it’s just not that simple. You can change your surroundings, but you can never run away from yourself. And if you feel empty inside, the yearning won’t disappear — wherever you are. 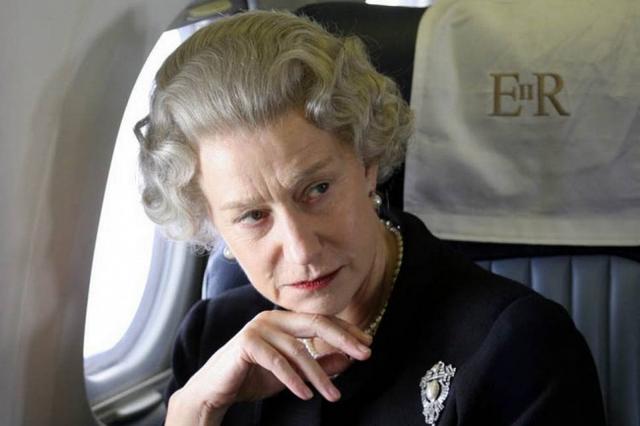 ’The Queen’, from director Stephen Frears, accurately depicts a difficult period in the life of the British royal family following the death of Princess Diana. How to conduct oneself as a monarch, when no small amount of uncomplimentary words have been thrown at you? Do you give in to your emotions or show restraint, as your nation expects of you? It’s not for nothing that the film displays a line from Shakespeare during the prologue. But where the Bard’s heroes fought their enemies with a sword, nowadays a battle is conducted with the help of a camera and a microphone. And this requires no less a degree of courage. 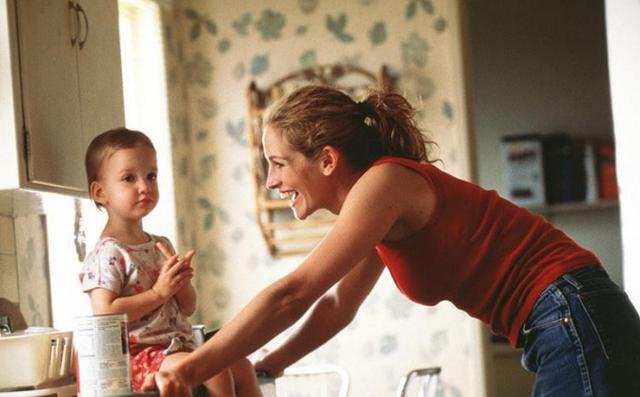 The story of Erin Brockovich is one of a strong, yet at the same time vulnerable woman. In view of her circumstances, ordinary feminine weaknesses are an impermissible luxury. She may not be a genius, but her persistence and concern for the fate of others allow her to achieve the impossible: win a victory over a major corporation. At those moments when you lose heart, simply watch this movie again — it’s fantastic. 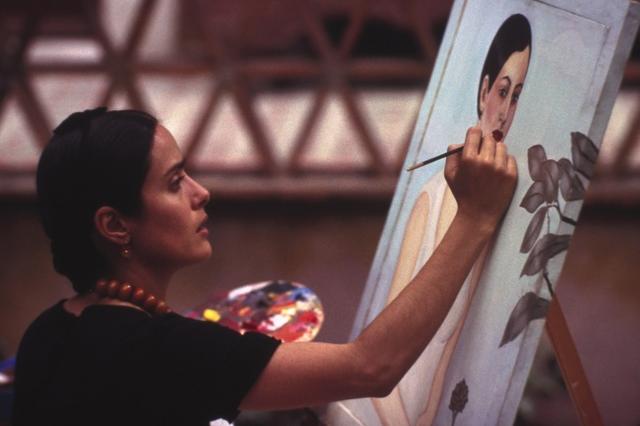 A striking film about a memorable woman, the rebelliousness inherent in human nature, irrepressible desire, and excessive energy. Frida was 20 years old when she married the much older, rich and depraved Diego Rivera, Mexico’s most famous artist. ’Frida’ reveals the story not only of a brilliant artist, but also of a woman for whom love and family came before all. It’s soundtrack deserves a special mention. 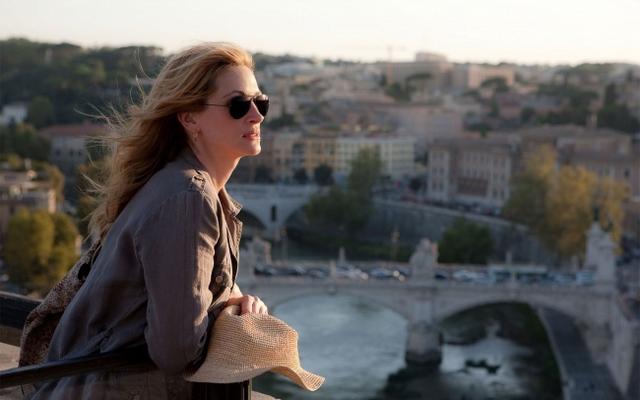 There was no way we could exclude this one from the list. Adapted from a memoir, the movie offers a simple method to overcome feelings of depression: choose any three countries beginning with the letter ’I’, head for them straightaway, and just discover yourself. For the main protagonist (played by Julia Roberts), this method proves successful. Once you’ve seen ’Eat Pray Love’, maybe you’ll find that it’s time for your own version. 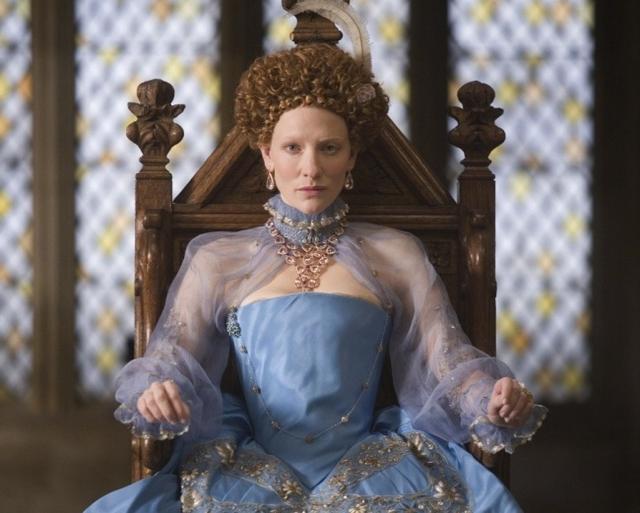 Another fantastic movie about the difficult life of a queen. But this one is less about history or the monarchy so much as it’s about the life of an individual. Elizabeth I is a woman with no right to a private life, deprived of even the most simple joys. Tumult, passion, betrayal, adventure, grandeur — all of this is combined in this compelling epic with an unrivalled script, luxurious costumes and a marvellous interplay between characters.

Where the Heart Is 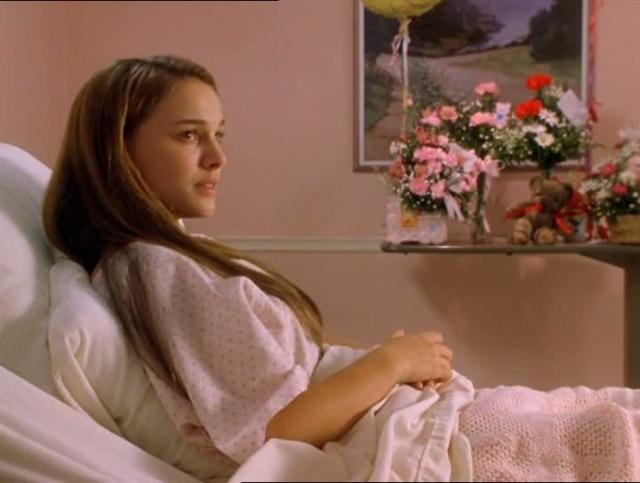 One of the most striking movies ever made about love, forgiveness and friendship. On the face of it, it seems like a banal story, one as old as the Earth. A young guy abandons his pregnant girlfriend, whom she depended on as her soulmate. But life’s not quite so terrible as it seems. You simply can’t let yourself fall into despair, turn against the world, or lose heart. You have to keep going forward, forget about your past misfortunes, help others, and enjoy your life. You’ve heard this a thousand times before, of course, but it really is the key to a happy existence.

The Messenger: The Story of Joan of Arc 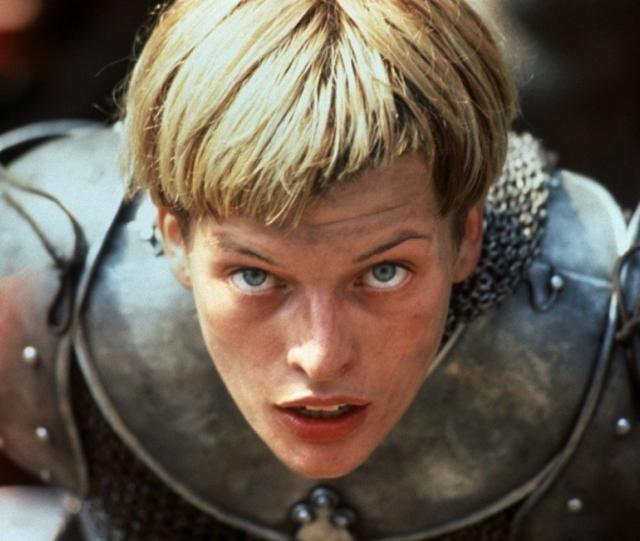 A truly superb movie. Large-scale historical movies like this can all too easily become tedious and overblown. But the creators of ’The Messenger’ have done a great job in realistically depicting the strong faith and sense of justice found in the character of Joan of Arc, played brilliantly here by Milla Jovovich.

Head in the Clouds 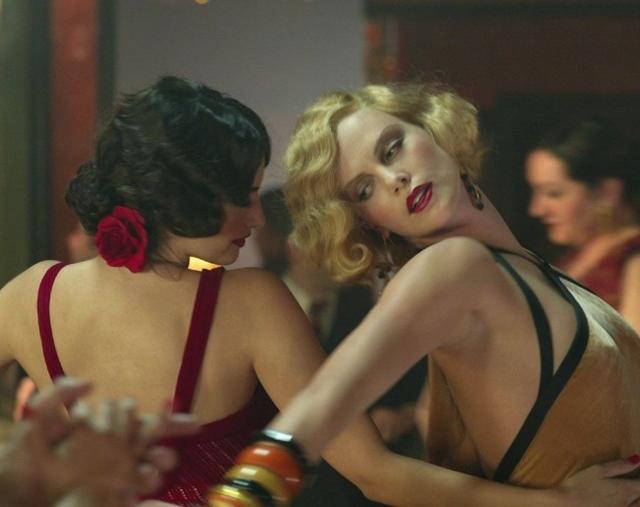 ’Head in the Clouds’ is not just a randomly chosen name for this movie. It describes the state of mind which the film’s characters find themselves in — one of mild insanity and sublime emotional experiences not of this Earth, which can raise you up…but at the same time, unfortunately, separate you from reality. The film’s tragic, doom-laden cinematography is never less than perfect right through to the end, whilst the plot is a serious study of the most mysterious object that we know of — the human heart. 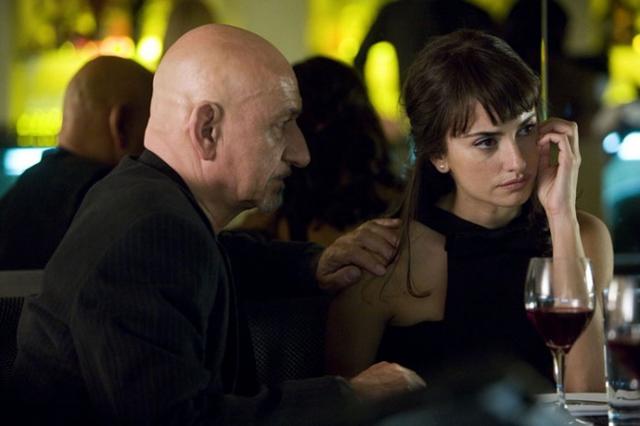 Some movies manage to shake their audience to the core. ’Elegy’ is one of them. This story of a relationship between a college professor and an inexperienced young student is guaranteed to leave its mark on you. It reminds us that there are some people in this world who are simply close to us…and then there are those with whom we have a deeper, spiritual connection. 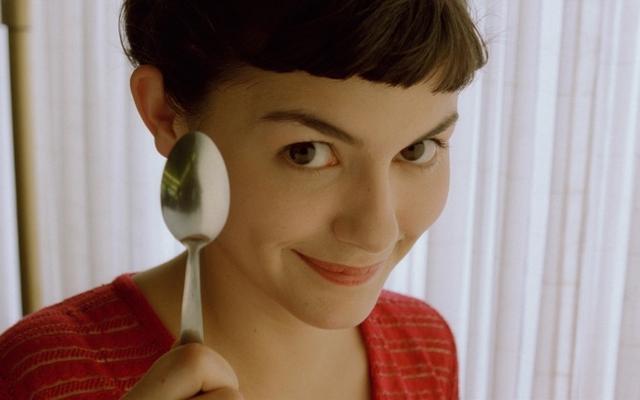 Amélie, a young French woman with a vivid imagination, discovers a cache of old toys in her bathroom. The idea begins to burn in her mind that she must return this ’treasure’ to its rightful owner. This single act of kindness changes her life, and she begins to intervene in the affairs of others in the most unexpected ways. This movie turned our lives upside down for a whole number of reasons. It’s also now impossible to imagine Paris without hearing Yann Tiersen’s delightful soundtrack in your head.

My Week with Marilyn 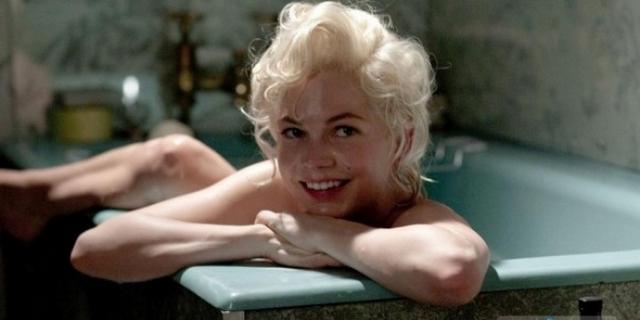 Taking on the role of Marilyn Monroe is always going to be a challenge to some degree. But here Michelle Williams manages to pull it off perfectly, becoming the very reincarnation of the twentieth-century icon who was both a highly confident and coquettish young woman and a little girl frightened of the world and everyone in it. But it’s worth watching this movie for its amazing atmosphere as well — then you too will believe you can reach the stars. 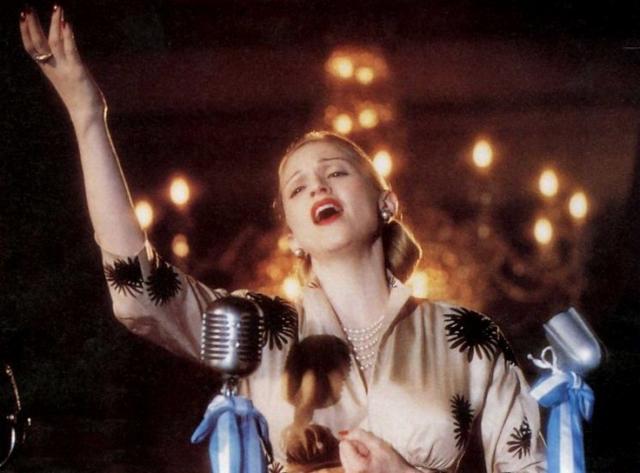 An amazing musical recounting the life story of María Eva Duarte de Perón (or Evita), beloved First Lady of Argentina. Madonna authentically portrays all of the lighter, as well as darker sides of Evita’s personality, including her fears and ambitions. Of course, the music itself deserves to be singled out for separate praise; here Andrew Lloyd Webber’s contribution is outstanding. 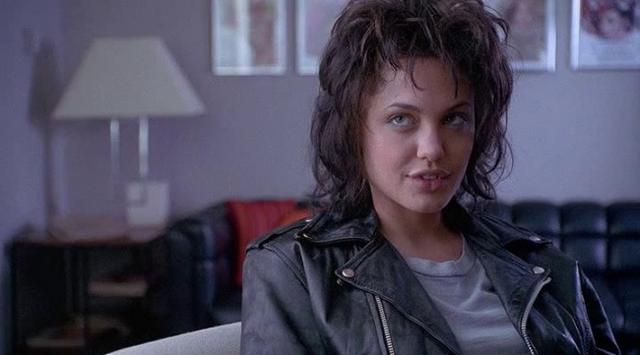 If we had to describe this movie in one word, then we’d pick ’outstanding’. In ’Gia’, the audience is shown the harsh truth about the modelling business. It might seem like it’s a wonderful life of fashion shoots, social meetings and time spent on the runway. Yet underneath, the dynamic of this exclusive world is totally different. A young Angelina Jolie, meanwhile, turns out to have been a real find for the film’s creators. 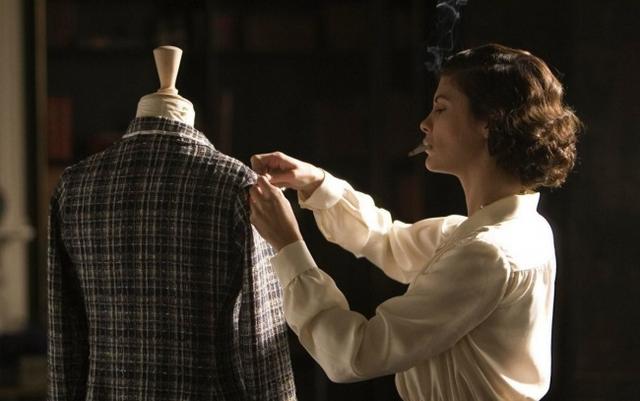 A movie about a strong woman not afraid to defy a conservative society with its old-fashioned mores, tight corsets, and boring dresses. Some say it’s dull and monotonous, but it would be more accurate to say it simply goes at an unhurried pace, and here within lies its charm. It’s a bit like life itself — sometimes it moves along slowly, other times it flies by faster than your mind can cope. Audrey Tautou, moreover, gives an unbeatable performance of the legendary Chanel.