One of the great things about action movies are all the heart-stopping stunts. Sure, a healthy amount of these dangerous maneuvers are done by professional stuntmen and women but there’s actually a handful of actors who decide to take on these potentially lethal scenes on their own.
If that doesn’t earn your respect as a moviegoer, I don’t know what will. Let’s take a look at some of the brave actors who went above and beyond for our viewing pleasure.

Michael J. Fox
It shocked us to hear we almost lost Marty McFly during the hanging scene from Back to the Future Part III. Fox had rehearsed the perfect way to protect his throat, but when it came to filming — all bets were off. Fortunately, the crew realized he was in danger before things got out of hand.

Matthew Fox
There’s a lot of heavy scenes in the show, LOST. A memorable fight between Terry O’Quinn and Matthew Fox almost resulted in an actual death. Apparently, Terry accidentally picked up a prop knife that didn’t retract (so, basically, a real knife) and stabbed Fox. Luckily, the actor was wearing a protective Kevlar vest.

You may be surprised to learn that we almost lost America’s sweetheart, Tom Hanks, during the filming of Cast Away. The beloved actor, on top of dramatic weight loss (and gain), severely cut his leg whilst shooting a scene. Obviously, he was able to overcome it but still…don’t scare us like that again, Tommy. We can’t handle it… 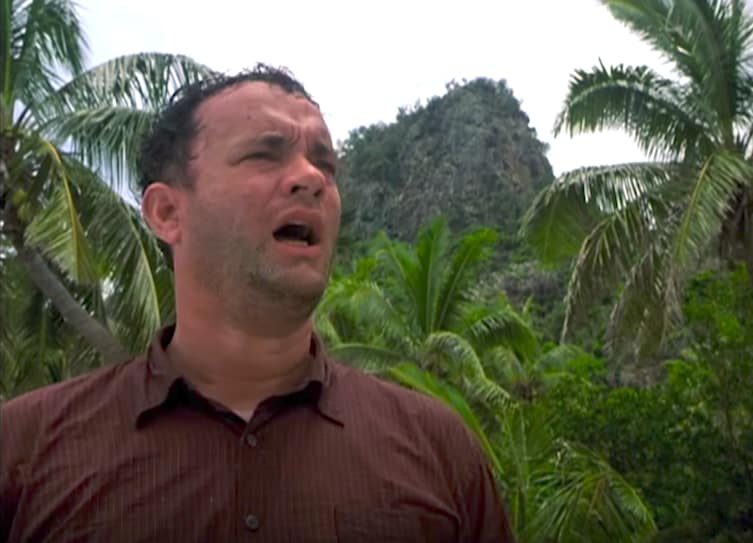 Jaimie Alexander
If you’re going to be cast in a Thor movie, you better be ready for some cuts and bruises. Jaimie Alexander learned this lesson the hard way. While filming Thor: The Dark World, the young, multi-talented actress suffered a plethora of injuries. She told reporters, “I herniated a disk in my thoracic spine, dislocated my left shoulder, tore my right rhomboid, and chipped 11 vertebrae.” 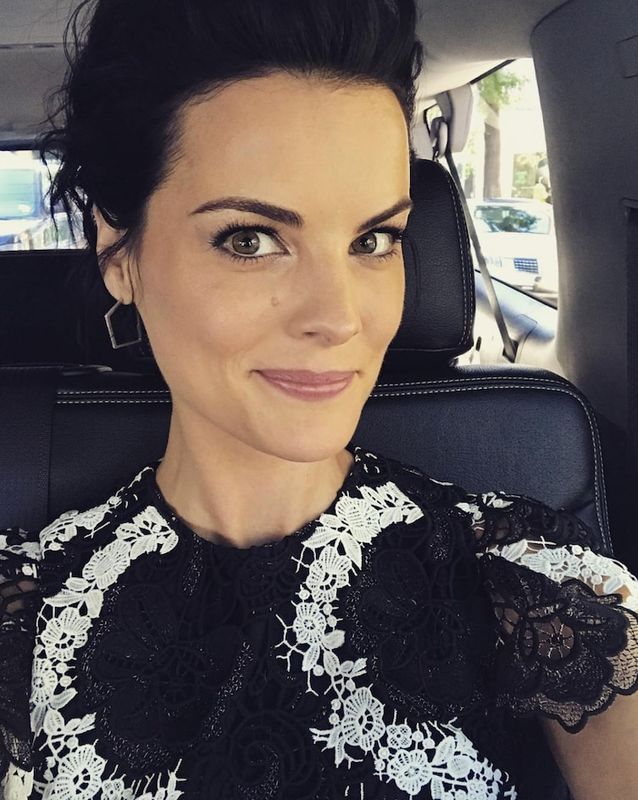 Joseph Gordon-Levitt
JGL has been in some awesome action movies but his gnarliest onset injury came while filming Premium Rush. As he was speeding through traffic on his bike, a cab ignored the barricade set up by the production staff and got into an accident with the young actor. Joseph sliced up his forearm pretty good after careening through the cab’s back window. Geez. Hope he was wearing a helmet… 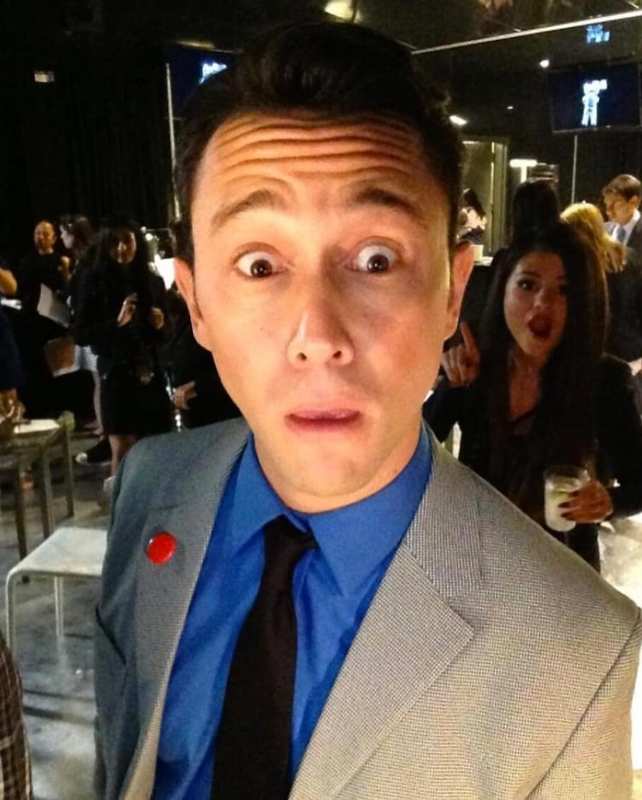 While most of these incidents are happening during fast-paced action scenes, that doesn’t mean a calm day on set can’t result in a painful injury. Such was the case on Moulin Rouge when Nicole Kidman twice fractured her ribs. Once, while she was performing a dance routine and the other whilst trying to squeeze into a corset. 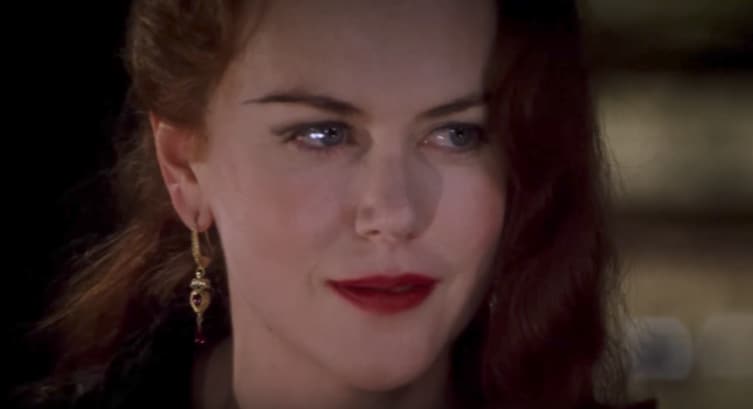 Viggo Mortensen
It’s easy to assume some actors got hurt during the action-packed movie, The Lord of the Rings, but you may be surprised to learn how Mr. Mortensen injured himself. After nailing four separate takes of kicking a helmet, Viggo was instructed by director, Peter Jackson, to give it one more go. His next (and last) take left him with two broken toes. Thanks a lot, Peter…

Kate Winslet
Kate nearly lost her life while filming an intense action scene for Titanic. In it, Kate and her love interest (Leonardo DiCaprio) have to sprint for their lives as rushing water fills up a thin corridor. Kate’s thick jacket, unfortunately, got stuck on a gate that she was supposed to get through and nearly drowned to death. All that for a role? Now that’s commitment! 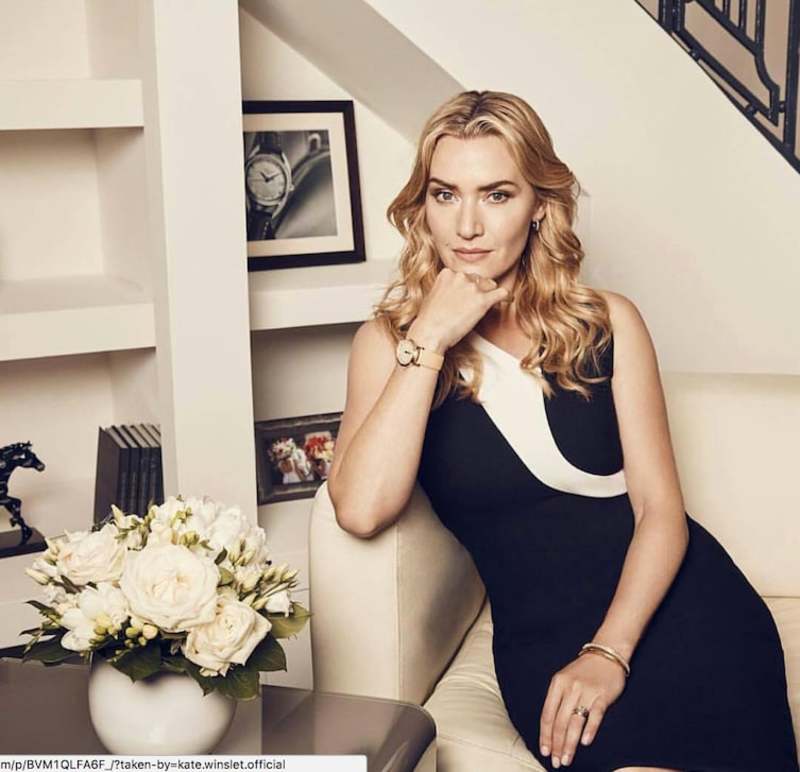 It a bit of character-induced-karma, Margaret Hamilton, the woman who played the Wicked Witch of the West in 1939’s The Wizard of Oz had an interesting ordeal onset. For her exit, she was supposed to disappear through a trapdoor in a whirlwind of fire and smoke. However, she caught the business end of a flamethrower — leaving her face and hands severely burnt.

Brad Pitt
We all know the 1995 thriller, Se7en, was an instant classic as soon as it hit theaters. But what many are unaware of is that Brad Pitt damaged one of the tendons in his arm after accidentally smashing through a windshield during a take. So if you pay attention and notice his character wearing a cast later on in the film — it’s real. How cool is that?! 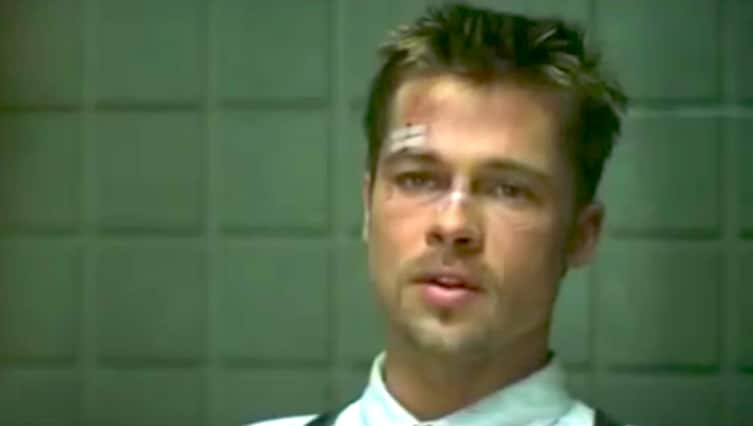 Leonardo DiCaprio
Leonardo DiCaprio’s performance in Django: Unchained was phenomenal — mostly because of his improvised intensity. There’s a scene in which Leo slams his hand on a table and cuts his hand up pretty good. That wasn’t in the script at all. Also, instead of cowering off-set and begging for “CUT!” he kept it moving and delivered one of the more iconic scenes in the film.

Jackie Chan has been flying, punching, and kicking his way around movie sets for decades now — and we have loved every minute of it. So, of course, it stands to reason that this stunt legend has his fair share of on-set injuries. He once hurt his noggin so bad on the set of Armour of God II he needed brain surgery. But that didn’t stop Jackie. Nothing can stop this action icon…

Sylvester Stallone
This old tough guy needs to know when to let the youngsters do the stunts. Stubborn Stallone underwent multiple surgeries after The Expendables films. But we can’t blame it all on old age. A young Sly once shattered his ribs during a Rambo stunt. Maybe this dude should leave the stunts to the professionals… 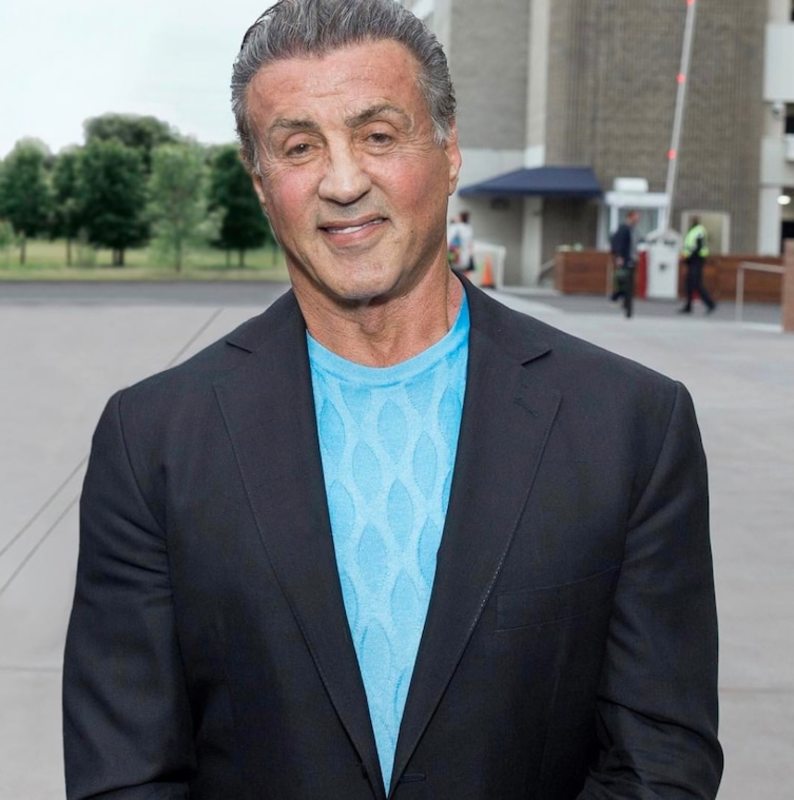 Isla Fisher
In this anxiety-inducing scene from Now You See Me, Isla Fisher is supposed to appear like she’s struggling before freeing herself from a watery demise. However, during filming, she got stuck to the bottom of the tank and almost drowned for real. Luckily, she was able to surface in time to a round of applause — the crew just thought she was just a tremendous actress. 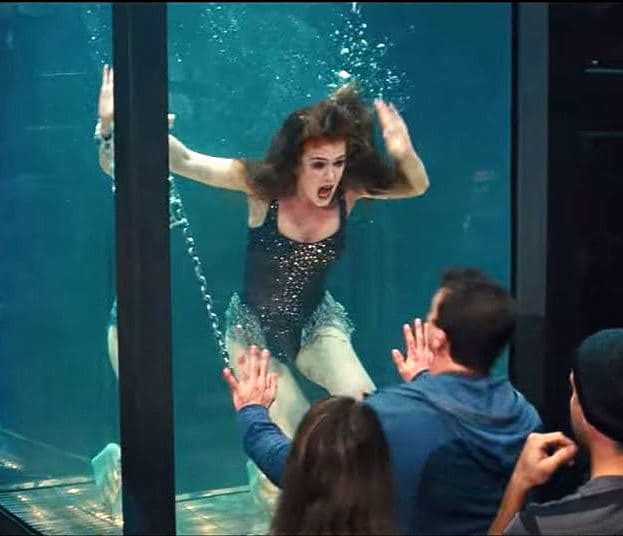 Channing Tatum’s intensity on the set of the movie Foxcatcher almost worried the director, Bennett Miller. When asked about this scene Bennet said, “He punched that thing with his head three times and shattered it, and put his head through it and through the frame behind the mirror and through the drywall that the mirror was hanging on and left a divot two inches deep.” Yikes! Get this kid some Advil!

Jennifer Lawrence
You don’t always have to fall or nearly drown to almost die on set. With J-Law she almost lost consciousness after a malfunctioning smoke machine hit her with an onslaught of smog while filming in a compact tunnel. The Hunger Games star survived the incident with only a slight case of nausea and dizziness. Way to stay strong, Katniss!

George Clooney
Many of Clooney’s fans don’t even know that the famous salt-and-pepper-haired actor almost died as a result of a head injury suffered on the set of his 2005 film, Syriana. The pain lingered with Clooney for weeks and weeks. It wasn’t until meeting with a neurologist that the E.R. alum learned that he was leaking spinal fluid. Can we all just clap it up for the man who saved George’s life?

While most actresses are known for their grace and elegance, Halle Berry (apparently) is a straight up klutz. She’s been hurt during filming numerous times in her illustrious career. She suffered a head injury on Catwoman, broke her foot while filming Cloud Atlas, broke her arm during Gothika, and she even nearly asphyxiated herself when she choked on a fig during Die Another Day. 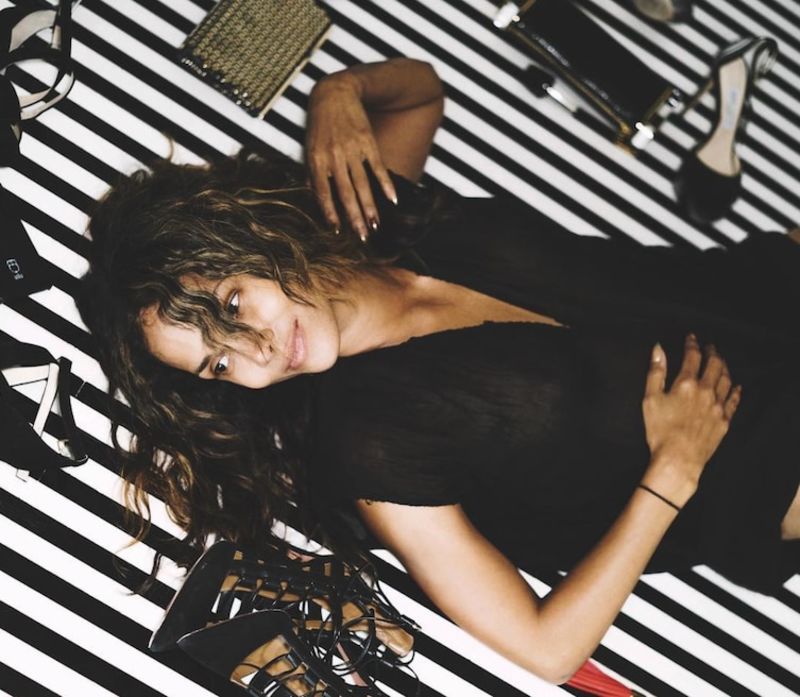 Charlize Theron
The stunning actress herniated a disc in her back when she was in the midst of a backflip for the movie, Aeon Flux. The injury was so intense, she nearly damaged her spinal cord permanently. The entire ordeal resulted in her doing multiple weeks of physical therapy which, in turn, stopped production on the entire project until she was done. 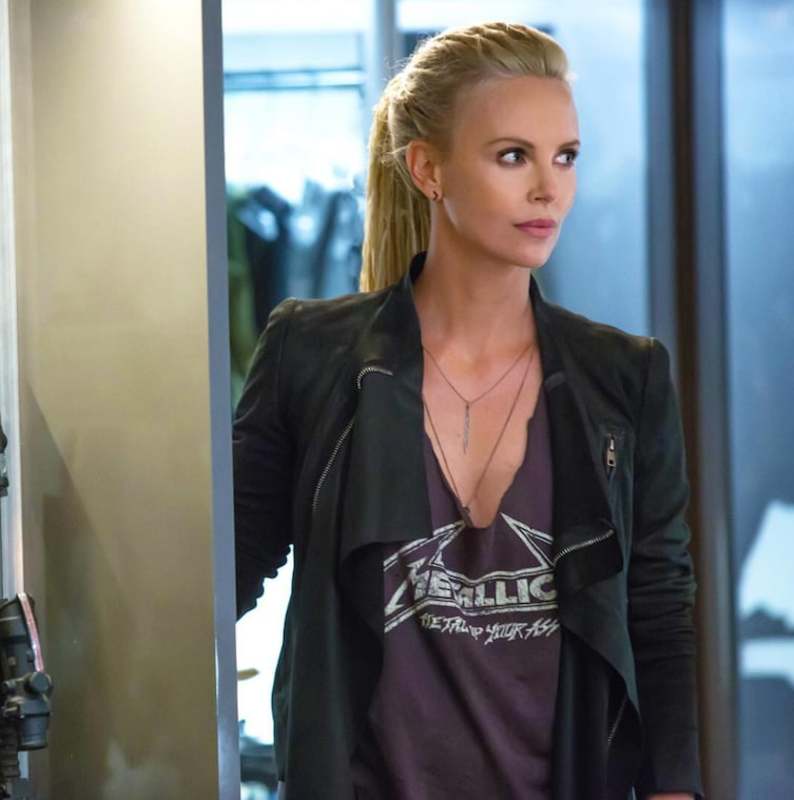 Jason Statham
While shooting a scene for The Expendables, Jason Statham drove a truck into the water after his brakes malfunctioned. Statham, with a history in competitive swimming, was able to surface unscathed. If that doesn’t make him the toughest dude of all time, I don’t know what will. Incredible. 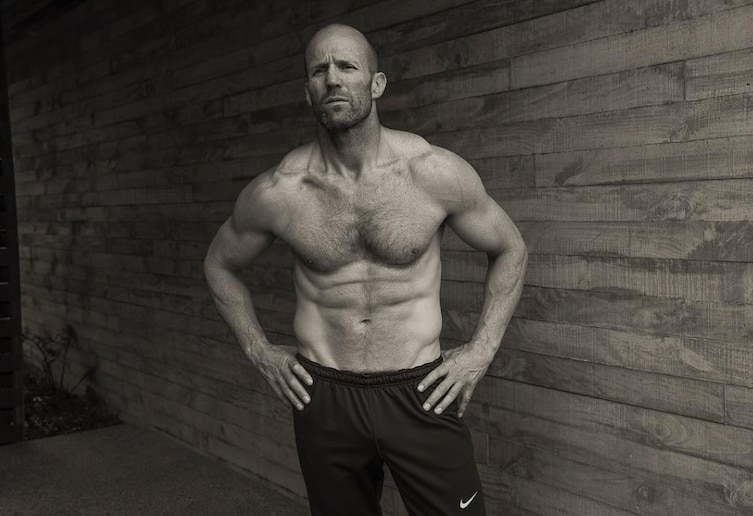