There are several classified places around the globe that have been either blurred or pixilated by Google Earth. The reasons for such are unknown although the area, of course, is known by virtue of the surrounding information. Some are facilities; others are mysterious locations in the mountains, government buildings, and even people’s houses. Only Google will be privy to such information but that doesn’t mean we won’t know there is a secret that Google or whoever has instructed Google is hiding behind those blurred images. Here are 15 secret places on Google Earth which Google doesn’t want you to see.

Moruroa, French Polynesia
Moruroa is an atoll among the French Polynesian islands in the South Pacific and when seen from Google Earth, it certainly seems they have something to hide. Various islands are visible including parts of the atoll but you will find certain places blurred from sight. It isn’t possible to find out what secret lies there but the common assumption is that the atoll has an airstrip a dock and a few buildings. The vicinity around Muroroa atoll was a nuclear testing site for the French between 1966 and 1996. This could possibly have something to do with the blackout. 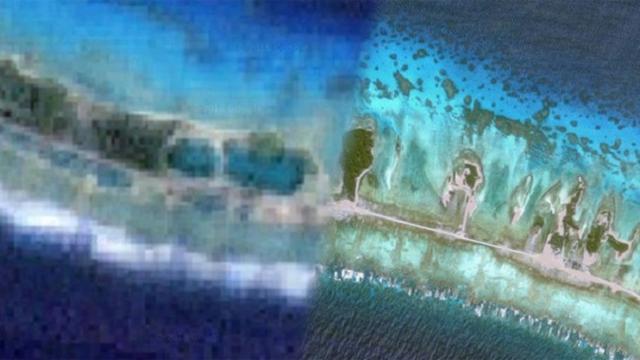 Taipei, Taiwan
This image has been clearly doctored. On first glance, it looks normal and shows an air facility belonging to the Republic of China in Taiwan’s Taipei. If you look closely you will see how the image isn’t what it seems and the entire area has a different shade in comparison to surrounding areas. 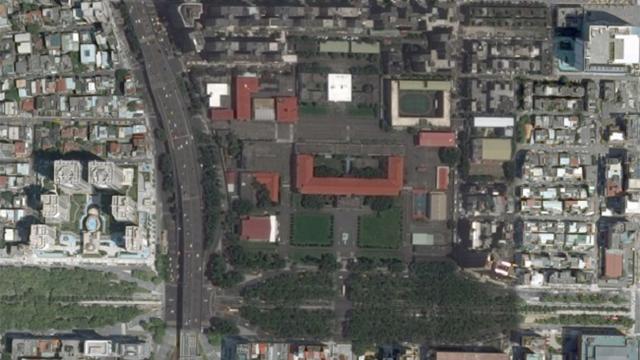 Utrecht, Netherlands
This is a house in Holland that has been completely pixilated by Google earth and no one really knows why. The house is located on 8 Oorsprongpark in Utrecht, Holland. The roof has been blurred and is noticeable in comparison to the surrounding houses. 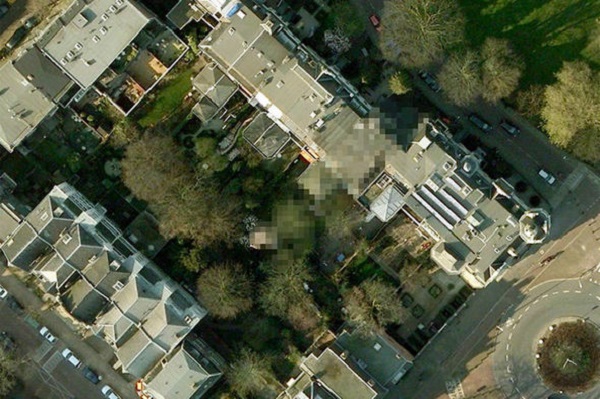