Life’s full of inconveniences, both major and minor, so it helps to think outside the box! I mean, we only know that we have a thousand uses for duct tape because some people dreamed big.

Today we’re looking at some people who’ve found solutions that walk the line between genius and ridiculous. However their projects turned out, at least they made us laugh!

1. Dude’s gotta eat!
And as long as the food isn’t getting anywhere near that boot and nothing catches on fire, I don’t see a problem with this.

Shout out to that balance, though. 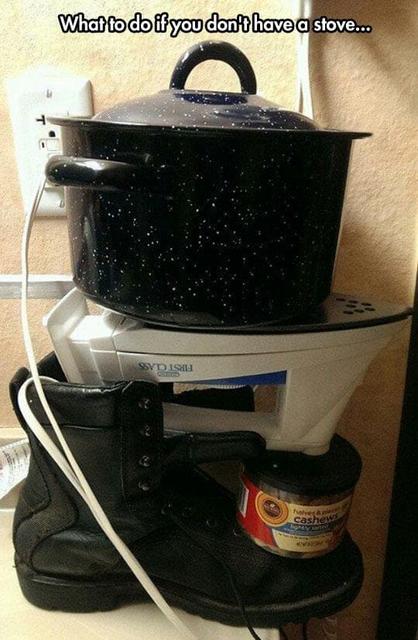 2. He’s used to lockin’ ’em up!
And anybody who wants to try their luck will probably be at a loss because all of the handcuff tricks are about getting them off yourself, not a bike. 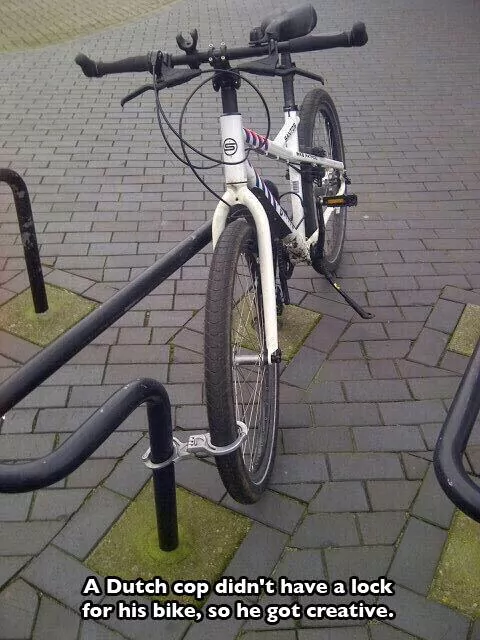 3. Score one for the good guys!
After all, they’re a lot more likely to notice a big, gaping hole in the wall than they are a little crack.

I’d love to know how that hole happened, though. 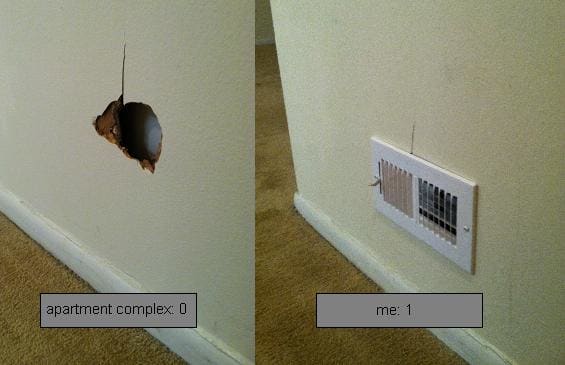 4. Or, for the more artistically inclined…
Aw man, you’d almost have to force yourself to get this fixed after looking at such an adorable monster every day.

That tune would change if you saw a mouse crawl out of it, though. 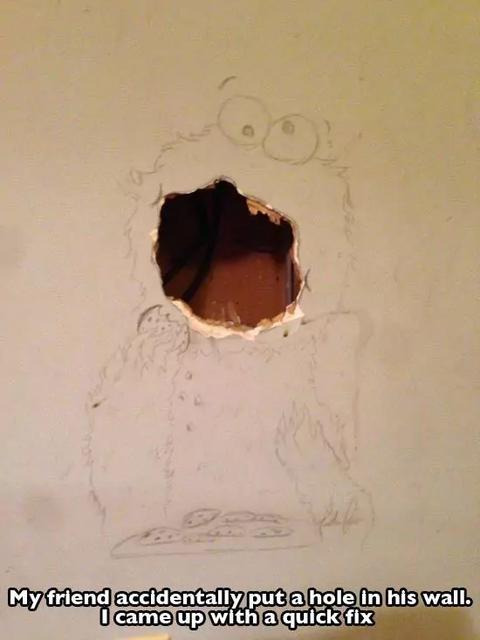 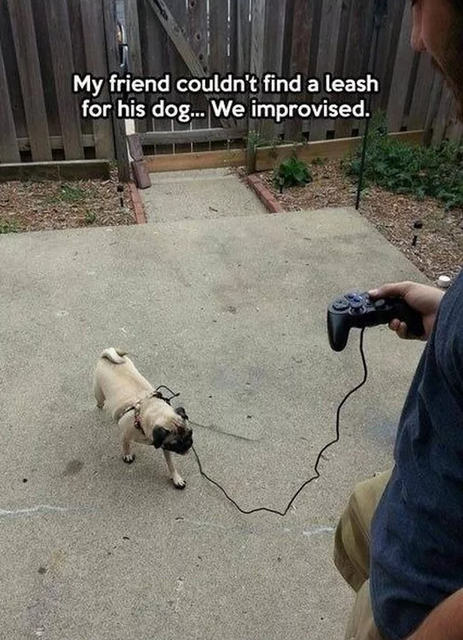 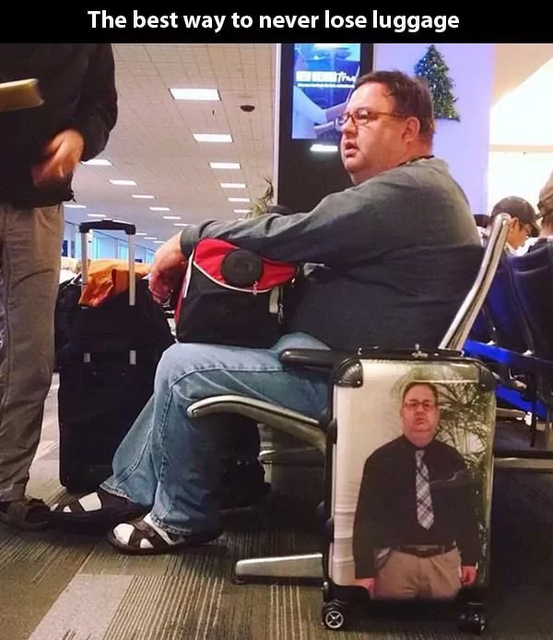 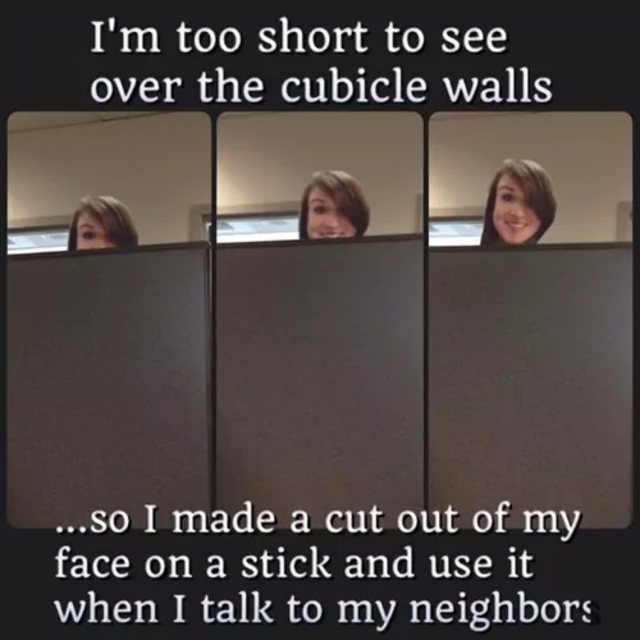 8. For the lazy cook…
Some may argue that watching your bread through FaceTime would be a drag or a waste of time. Those people probably don’t understand the true love you have for garlic bread. 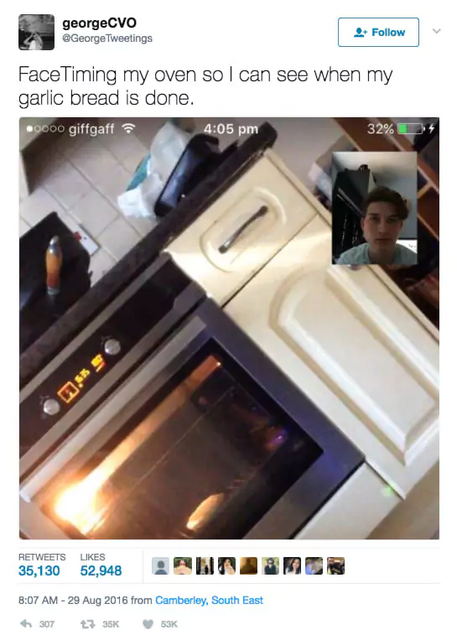 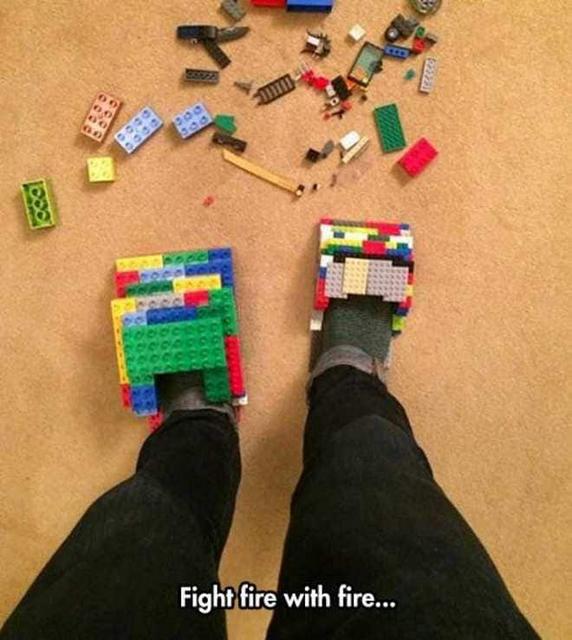 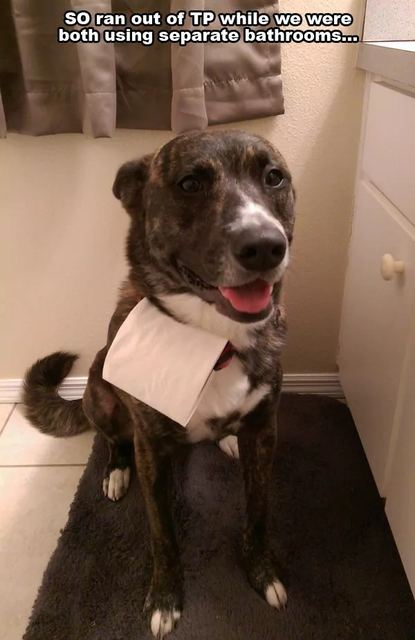 11. His beard was unruly, until he found his shaving grace… 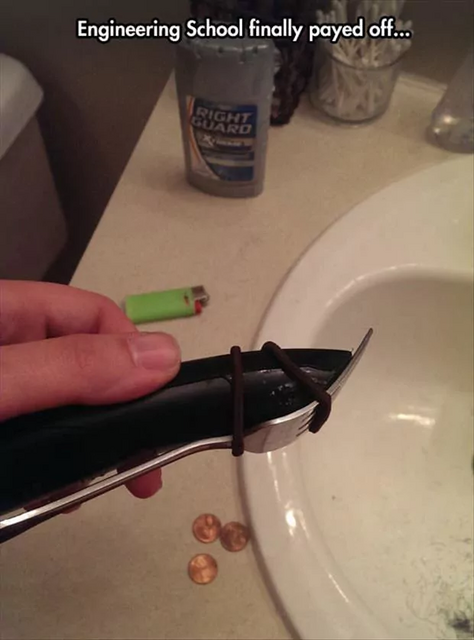 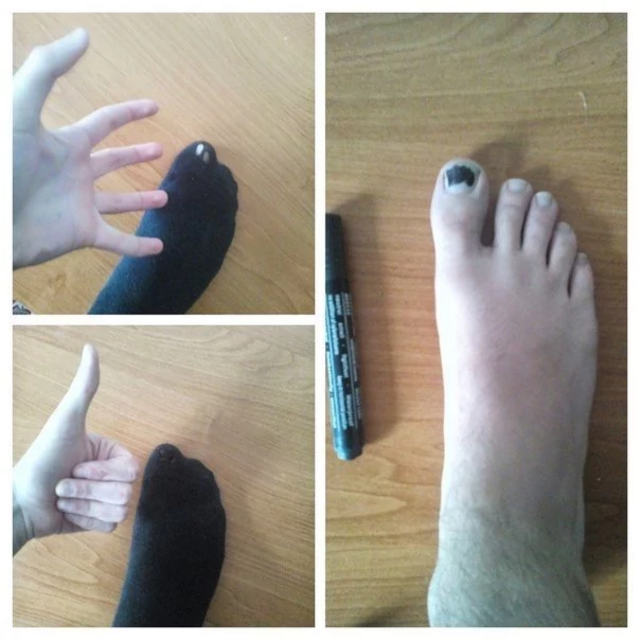 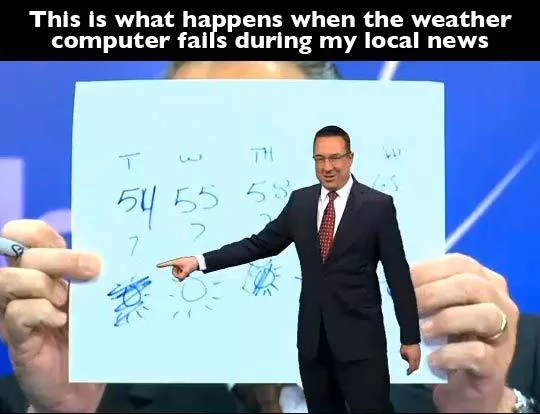