What started off as a typical day at the Detroit Zoo quickly devolved into chaos for those standing near the chimpanzee exhibit. Spectators watched as two chimps playfully chased each other around the exhibit, but then the unthinkable occurred.
Rick Swope was standing right in front of the enclosure and decided to step in and help instead of watching on the sidelines… 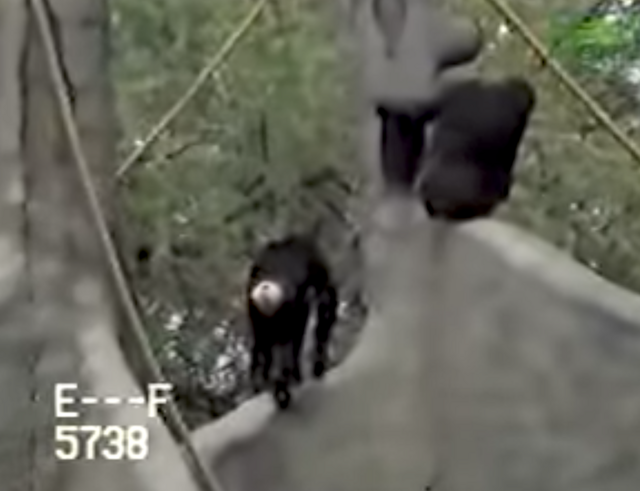 Just as the chimps began to chase each other around the enclosure’s trees, one slipped and plunged into the moat surrounding the exhibit. It was obvious that the chimpanzee was struggling to stay afloat, yet zoo staff refused to come to the rescue.
Rick told the Chicago Tribune how desperate the situation was and how scared the animal looked.
“It was the most pitiful thing I ever saw. This chimp had his hands up and his head was sticking out of the water. He was looking at the crowd. It was like he wanted someone to rescue him.”
After noticing no one else was willing to jump into action, Rick took things into his own hands. 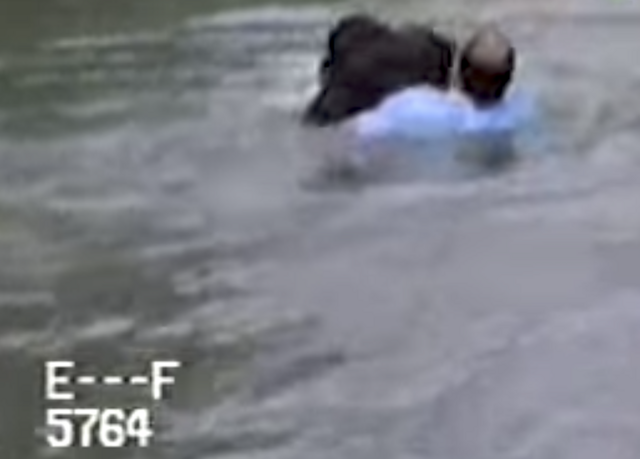 Rick scaled the enclosure wall and dove into the moat. The murky water made it impossible to locate the chimp with so he looked up to the crowd above for direction.