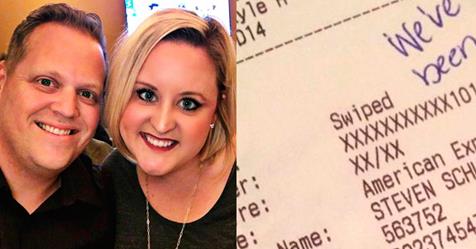 Steven and Makenzie Schultz are the proud parents to two adorable twin boys and are hard-working employees. Anyone would agree that the couple deserves a night out every now and then!
But when their recent date night took a turn for the worse, Schultzes did something totally unexpected.
Raising twins is hard for any couple – but working full-time on top of that makes for a busy life, to say the least. So when Makenzie and Steven decided to take a break and treat themselves to a date night, they opted for the upscale Kazoku Sushi restaurant in Cedar Rapids, Iowa.
Unfortunately for the couple, a hoard of others also decided to dine there at the same time!
Things got off to a rough start when water took 20 minutes to reach the table. Then, 40 minutes later, they finally received the appetizers they ordered. To make things worse, their meals took over an hour to escape the kitchen! It was a diner’s nightmare, but the couple knew the real cause of their delayed service!

“So, here’s the deal. Our service tonight sucked. Took 20 minutes to get water, 40 minutes for an appetizer and over an hour for our entree.
People all around us were making fun of the restaurant and how bad the service was. Yeah, it was pretty terrible.
But, it was very obvious that the issue was being short-staffed, not the server. He was running around like crazy and never acted annoyed with any table. At one point we counted he had 12 tables plus the bar.
More than any one person could handle!”

The couple finished their meals and asked for the check. The waiter returned, thanked them for their patronage and then hurried off to his other tables!

Just as their busy waiter left, Steven and Makenzie looked at each other and smiled. They knew this feeling all too well. So, they left him something amazing in the black check presenter and went about their evening.

“As I sat there and watched him run back and forth and apologize for the wait, I said to Steven, ‘Wow, this used to be us. Waiting tables. I don’t miss it at all and I never loved that job. I did it for the tips.’
Steven and I agreed it would feel good to make this guys night when he would probably be getting minimal to no tips due to slow service.
We walked out before he saw this and I’m not posting this for a pat on the back.
I’m just sharing this as a friendly reminder to think of the entire situation, before you judge. And always always always remember where you came from.”

Instead of punishing the swamped waiter for the restaurant being understaffed, they decided to reward him for trying his best in a crazy situation. They gave him a $100 tip for a meal that only totalled $66. 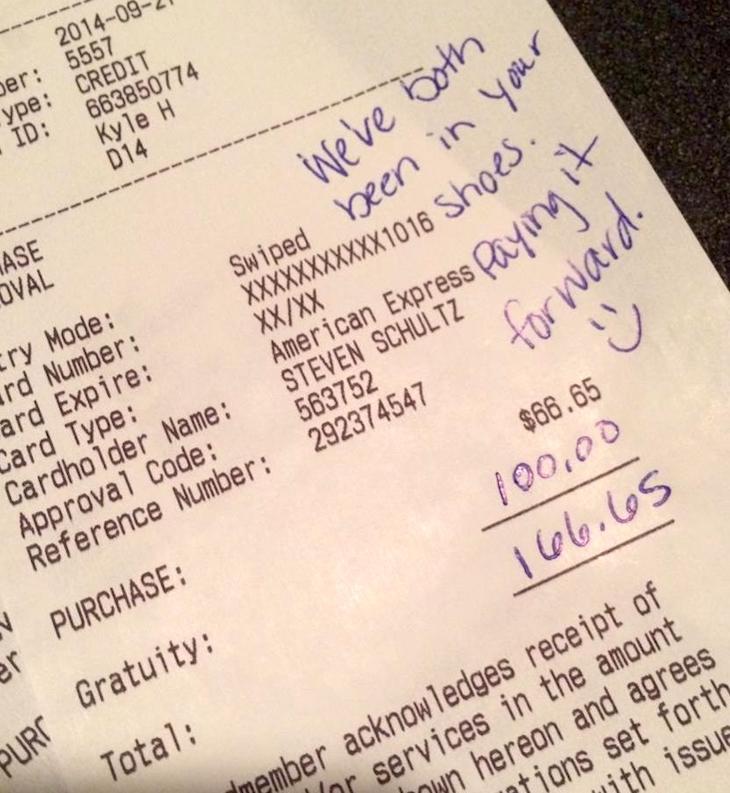 Steven and Makenzie were both servers at a Bubba Gump Shrimp Co. restaurant when they were young and they understood just how insane things can get when a dinner rush comes in. Hopefully people will keep the Schultz’s experience in mind next time they go out to eat and it’s busy!