I am sure even you might have experienced it sometimes that some people tend to reply in a very funny manner when you accidentally send a text to a wrong number.
The Cruel Game 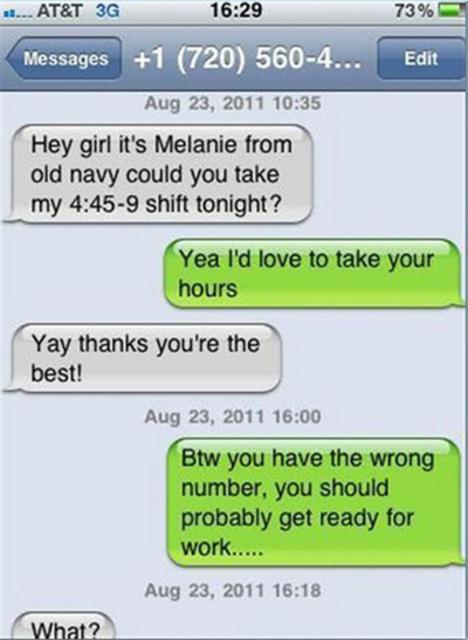 It just takes a single digit to make a right number turn into a wrong number and some of these wrong numbers find it as an opportunity to play around.
Around twenty minutes were left for Melanie’s shift to start and she was trying to find a substitute for herself when this recipient played a cruel game and pretended to be her fellow and accepted her hours.
Thank God, the person had some sense of responsibility and informed Melanie to get ready for work before she could miss her shift and risk her job.
Aunty Pat 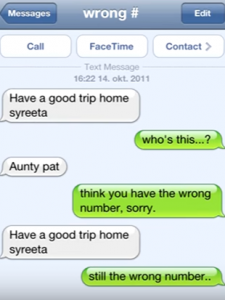 Though it seems that the lady ‘Aunty Pat’ doesn’t have any wrong intentions we can’t ignore the fact that the recipient has saved the under “wrong #” which is an enough hint that it is not the first time she has mistakenly sent.
Death Threat 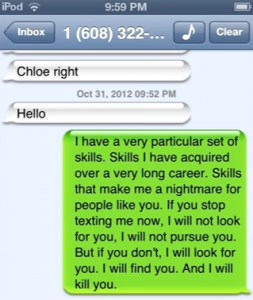 Sometimes it does become irritating when a wrong number keeps bugging you, especially in a too friendly manner. But this one got a nice response which actually appears as a death threat.