New York hosts many exclusive destinations, but there’s one with absolutely no one on the guest list: U Thant Island, a 200-foot island in the middle of the East River. For a tiny island, U Thant (also known as Belmont Island) certainly has a big history, going from a landfill to a Buddhist refuge to its own country to a forbidden destination, here’s a look at the history of this fascinating island!
U Thant started as the trash build-up from a 19th-century excavation under the East River, where dirt and rock built up until it eventually broke through the surface. It was initially christened “Belmont Island,” after the businessman who financed the project.
The island lay dormant until 1977 when it was rented by a group called Peace Meditation at the United Nations. The Buddhist group, composed of employees of the UN, planted greenery on the island and created a metal sculpture called a “oneness arch.” They also (unofficially) named it after UN Secretary U Thant, and the name stuck.
During the 2004 Republican National Convention, hosted right next door at the United Nations Building, artist, and provocateur Duke Riley decided to claim the island as its own sovereign nation. 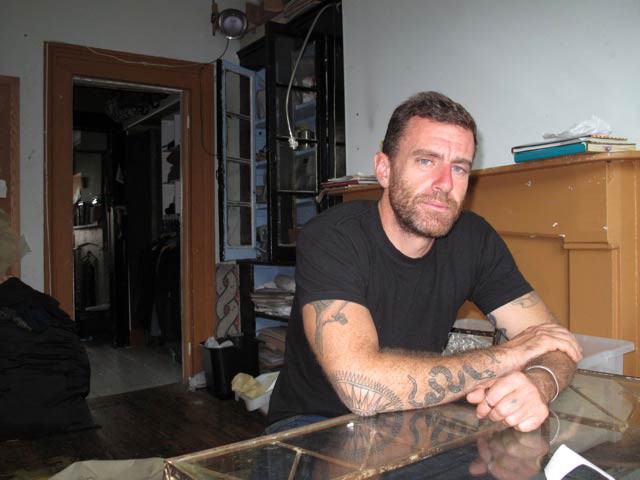 He filmed the whole adventure as part of an art exhibit he called SMEAC, meant as a commentary on state power and surveillance. 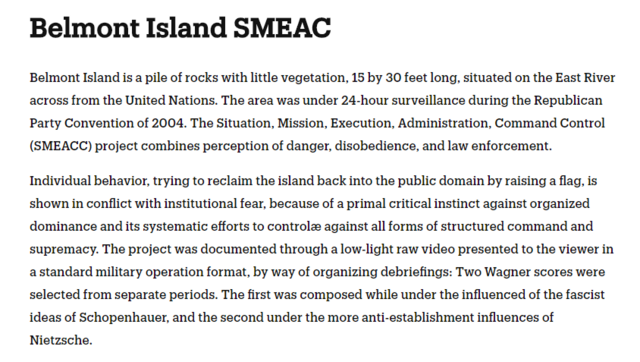