Here is an explanation of a real piece of science. Even if you aren’t fond of physics and that thermodynamics-related stuff, you’d be surprised to see it can be fun, too. This guy explains the Magnus effect with the help of the incredible experiment.

The man in the video below knows how to turn a boring experiment into something that is capable of getting more than 35 million views on YouTube. Already excited? Let him be our guide and prepare to know about the unlike application of the Magnus effect.

Derek Muller gets on the top of Tasmania’s Gordon Dam with a basketball ball in his hands. He isn’t chasing Michael Jordan’s fame but is going to explain what the Magnus force is about. He makes it in such a simple way that there is no need to rack our brains or listen to boring arguments – we’ll see nothing but an amazing visual display. 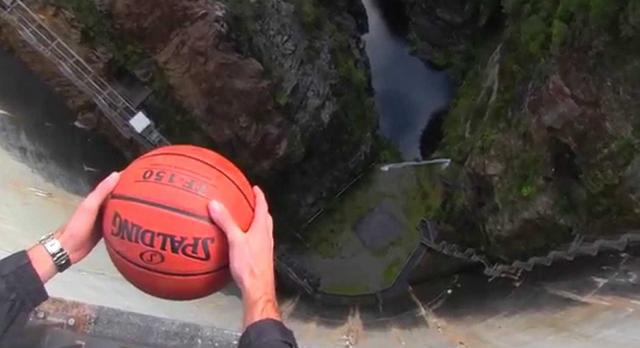 But first, here are some interesting facts about the Magnus effect itself. It was named after the German physicist H.G. Magnus, who first investigated the phenomenon in 1853. A spinning object (in our case, it’s a basketball ball) moving through a fluid departs from its straight path because of pressure differences that develop in the fluid as a result of velocity changes induced by the spinning body.