When a funny pic surfaces online, the internet hivemind rushes to hilariously Photoshop said image.
That’s the essence of r/photoshopbattles, where Redditors alter trending photos with humorous results.
The latest image to go viral shows a smiling pig being rescued from a flood.
Yes, a smiling pig: Such a thing exists, and it’s freaking awesome photoshop material.
Here’s the original.
It’s a dramatic rescue scene as a whole crew moves in to save this one pig.
Nice rescue, but the obvious focal point is the pig’s freakin’ adorable smile. Who could miss this opportunity, right?
Let the photoshop battle commence! 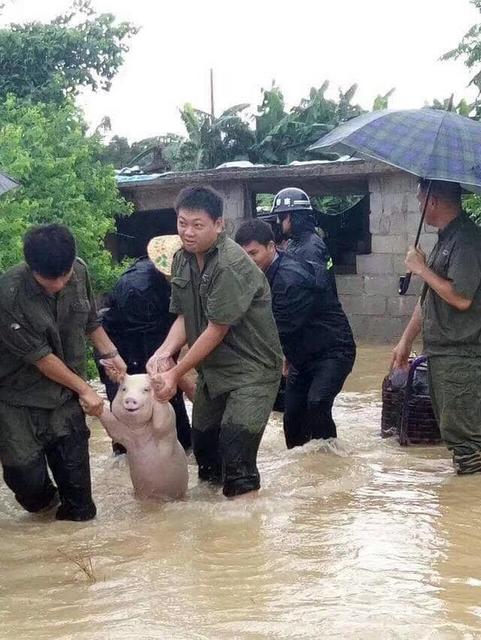 Here’s a gem I like to call ‘Save that Pig!’
I mean, when your allies are in trouble, whether they’re man or pig, you’re duty-bound to brave the battlefield and the bullets flying overhead to drag your compatriot to safety, right?. 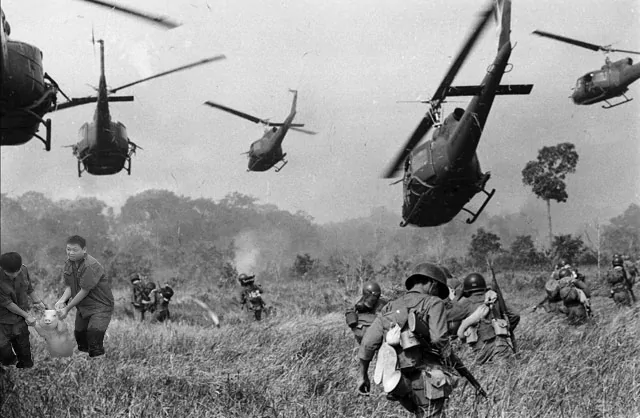 I believe (pigs) can fly…
This reminds me of The Simpsons episode where Homer’s prized BBQ pig unexpectedly took to the skies.
“It’s just a little airborne! It’s still good! It’s still good!”
10/10 would still eat… 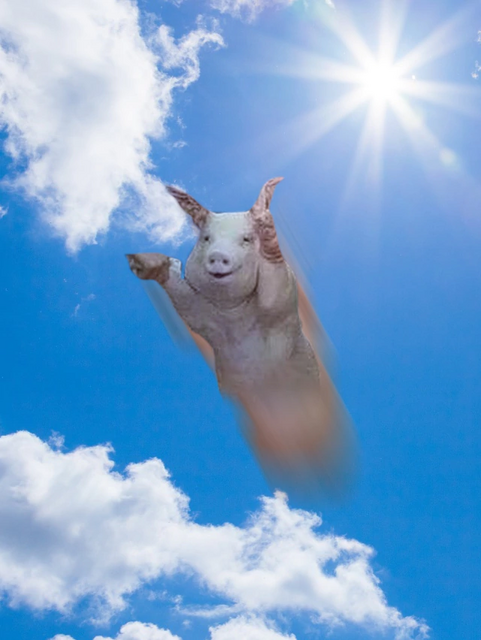