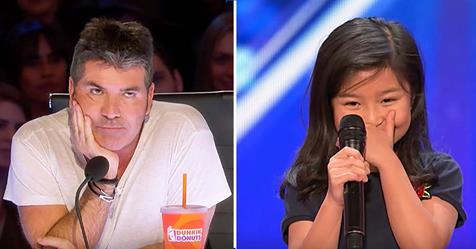 Celine Tam may be tiny in stature, but proves she has a voice mighty enough to bring an entire audience to their feet. The moment the adorable 9-year-old walked on stage, she revealed that her favorite singer is Celine Dion.
Not only is Celine Dion her musical idol, but tiny Celine proves she’s quickly following in her footsteps when it comes to singing. Little Celine proved this during her incredible audition on America’s Got Talent. 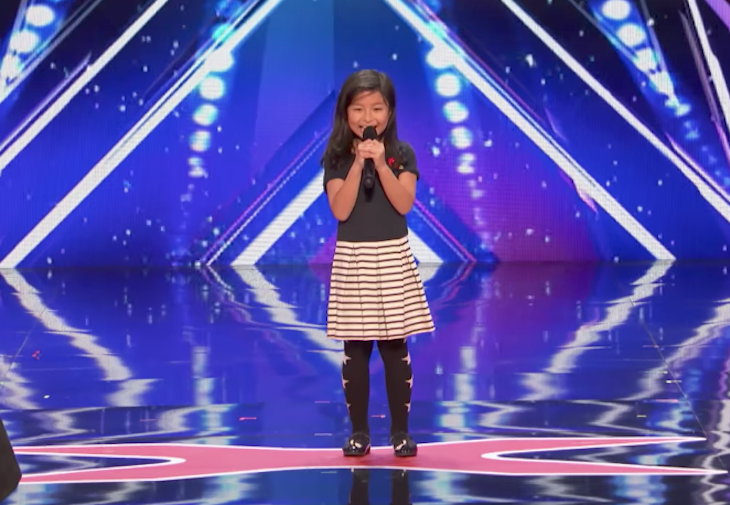 Celine’s music career began one day while traveling in the car with her mom, dad and little sister. Out of nowhere, Celine Dion’s famous song “My Heart Will Go On” came on the radio and tiny Celine started to belt her heart out! Celine’s dad was amazed by his daughter’s powerful voice and, from that moment forward, little Celine knew singing would be her passion.
Her parents are Celine Dion fans themselves, and so much that they named their little girl Celine after her – but no one could’ve guessed that she would have an impressive voice to match.
That’s why they helped cultivate her talent and worked to make sure their daughter had every resource she needed to truly thrive. All of their effort paid off during Celine’s stunning America’s Got Talent performance. 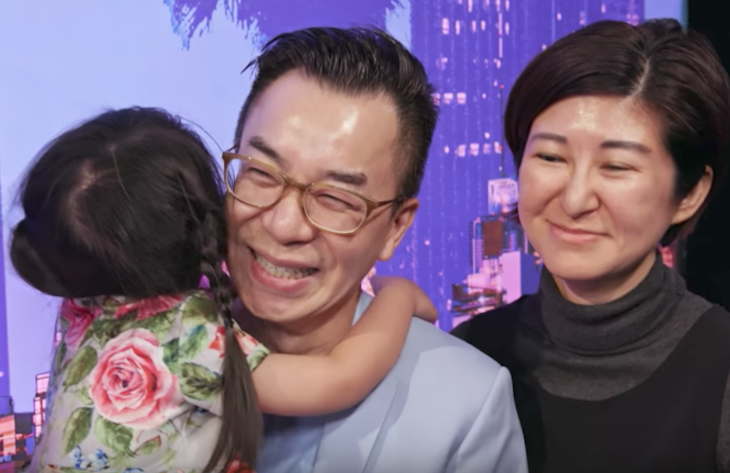 Celine Tam shared that being on America’s Got Talent was a dream come true for her and when it came time to wow the judges, she did so flawlessly. She reveals an impressively powerful voice and effortlessly secured her spot by hitting the notes perfectly.
As a testament to how much her family admires Celine Dion, they even named their youngest daughter “Dionne.” Only time will tell if she will follow in her sister’s footsteps wowing the crowd with talent.

Simon Rolls Eyes When She Says She’ll Sing… by viralbox
Naturally, she received a well-deserved standing ovation! But what do you think? Share your thoughts in the Facebook comments section!