In case you hadn’t noticed, romantic couples selfies have been sweeping the internet like the plague ever since social media was first invented. From awkward “we’re a couple” posts to cringeworthy engagement photos, there’s pretty much no escaping the weird world of social media selfies.

Every now and then, however, a selfie comes along that’s more terrible than all the rest. Take the following photo from Twitter user Andy, for example. He posted the following snap of his smiling visage posing next to his girlfriend along with the caption: “I love my girlfriend even if she’s a Gemini.” 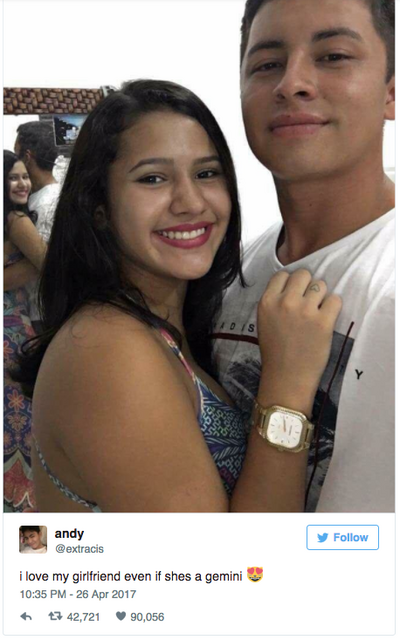 On first glance, it’s hard to see what the tens of thousands of retweets and 90,000 favorites are all about. Why is everyone getting so pent up over a photo of a couple smiling? It should be what we’ve come to expect in the age of social media.

Seems like a pretty normal photo, right? Well, it does until you take a look at the mirror’s reflection in the background of the photo. Once you see it, you’ll never, ever be able to unsee it. You have been warned. 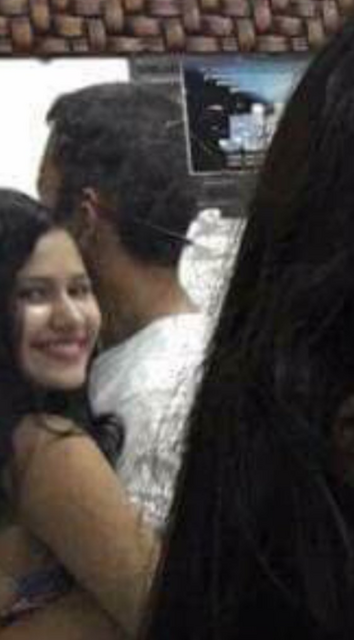