Being a college student is perhaps one of the best gigs in the world because in addition to unapologetically eating ramen noodles all the time, one also gets to travel the world without worrying about how many vacation days are left in the year.
Taking full advantage of this lifestyle is 25-year-old Georgia Bradley from Plymouth University in England who recently decided that she was due for some sunshine and waves for her upcoming school break!
Georgia was on vacation in Greece when a stroll on the beach beckoned her to leave the comfort of the apartment where she was staying on the island of Crete.
Trouble can hit even in paradise though, and this was about to become clear to Georgia when she was approached by two men on a secluded stretch. She recalls being asked to join them for drinks, but something about the whole thing didn’t seem too friendly or safe.
Sure enough, when she refused, the men got aggressive and grabbed her arm. Georgia’s worst nightmare seemed to be unraveling right in front of her and there was no one around to help her escape it. 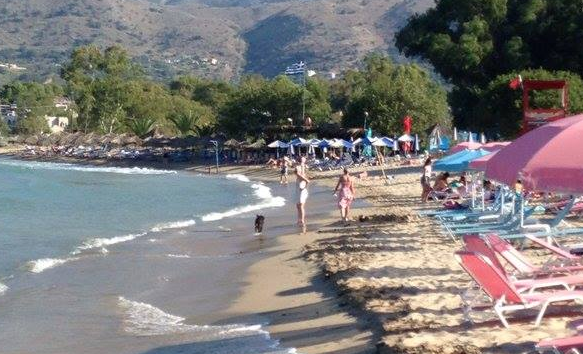 Miraculously, out of no where, a dog jumped in between her and the two men. The dog then started barking furiously and the men’s eyes instantly filled with fear as they quickly realized that the dog was bringing undesired attention their way. That’s when the men made a run for it.
This gave Georgia the perfect opportunity to run in the opposite direction and head back to where she could get some help. She remembers the feeling of relief hitting her hard as she eventually found her way back to the apartment.
She didn’t have time to notice this before but once in the safety of her friends, she saw that the dog had followed her home. This is when she took the time to pet the dog and give her thanks:
“She saved me. She must have noticed something was wrong … We had an instant bond.”
The bond became so strong that when it was time to head back to England, the dog came running behind the car as Georgia and her friends left for the airport. It must have felt like she was abandoning a long lost friend. 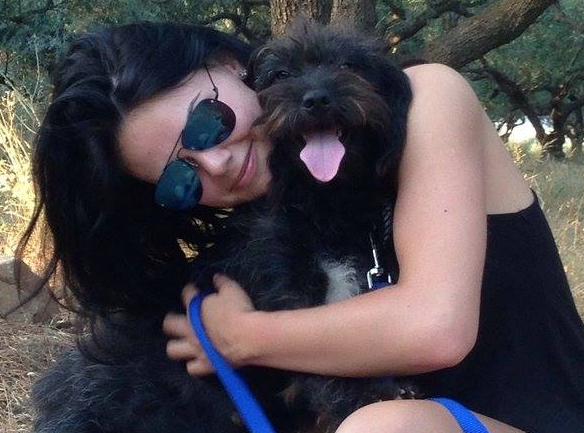 Once back home, Georgia still couldn’t shake off that feeling and in a truly serendipitous fashion, she decided that life wouldn’t be complete without that dog next to her every day. And so, just two weeks after her return, Georgia flew back to Crete to see if she could find the stray dog again.
Find her she did, and true to her word, Georgia proceeded to adopt her officially and bring her back to England! The dog, whom she named Pepper is perhaps Georgia’s permanent good luck charm.
Stories of pets accomplishing heroic acts towards their owner are not unheard of, but here is a truly heartwarming story of a stray saving the life of a total stranger, who then returns the favor by adopting her! We wish Georgia and Pepper many many years of friendship and companionship!