Back in the day, children would spend hours looking at optical illusions, trying to pick apart an image within an image. If you were a kid in the nineties, then surely you remember those Magic Eye photos that were always present in shopping malls. These optical illusion images got so popular that entire stores were filled with them and there was something for everyone. Some were made of one or two colors and others had themes related to cartoons, animals or pop culture. If you spent enough time looking at these posters, then you may have mastered them, as there is a certain technique that involves crossing your eyes a certain way in order to pull out the picture that is hidden within the tiny pictures.

Some people have a much easier time solving these optical illusions than others. 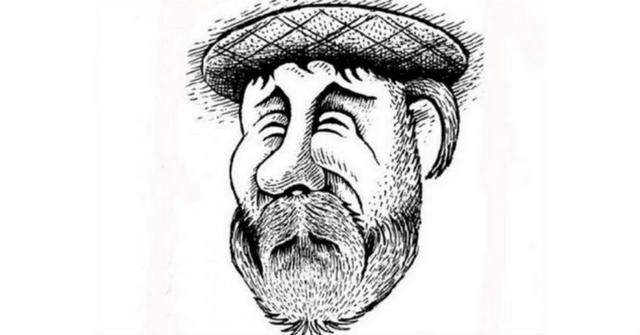 While the Magic Eye photos hit their peak in the nineties, there have been several other optical illusions since then that have kept our curious minds moving. One of the latest and greatest is what appears to be a sketch of an old man’s face.

But, if you look closer, you will discover that the image of the old man can be viewed as something entirely different.

The old man in the sketch has a set of squinty eyes, a beard, and he’s wearing a hat. But if you imagine the photo is upside down, do you see anything else?

Some saw it right away, while others struggled for a while to reveal the hidden image. Here is a hint…