Ada Keating, 98, strongly believes the special bond between mother and child can’t be ignored or broken. With this in mind, she moved to the same senior’s care home in Liverpool where her 80-year old son, Tom, lives.

This heartwarming story is living proof of what it means to be a mother. Ada says that even at 98, she can’t stop being a mom. Tom has been living at Moss View since 2016 because he needed more support. Other than Tom, Ada and her late husband— Harry—had four children, one of whom passed away at the young age of 13.

Mom and son love spending time with each other at Moss View. They enjoy playing games and watching TV together. Ada used to be an auxiliary nurse and wishes Tom “Good morning” and “Goodnight” every day in his room. When Ada is away at her hairdresser’s, Tom waits for his mom to return. When she does, he greets her with a big hug.

Tom is still disciplined by Ada, who sometimes asks him to behave himself! They are spending their golden years together in the happy company of one another. Philip Daniels, who manages the care home, is delighted they could accommodate both mother and son in the same care home. He means to make these mom-child moments as special as possible with the help of the staff.

Scroll down to look at pictures of some precious moments shared by the duo.

Ties that last a lifetime 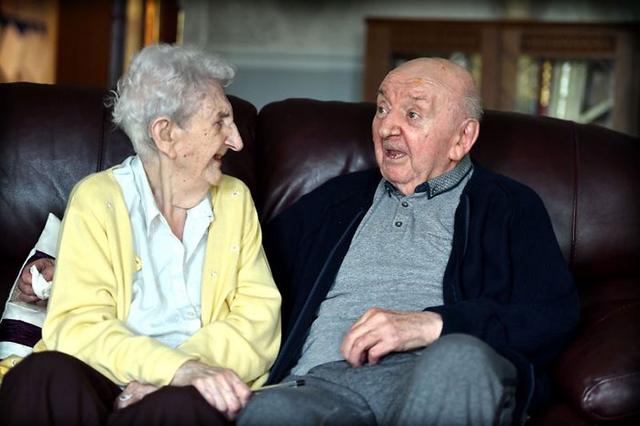