OK, all these images are weird. That’s the way it is, so you better accept it now.

Time for another truth bomb — I have no clue what’s going on in any of them. Not one of them.

But don’t worry, stick with me and I’ll get you through this like Meat Loaf does when he’s the bus driver in Spice World. You know what we’re gonna do? We’ll just invent our own explanations for these photos, and there’s nothing anybody can do about it!

1. Don’t be fooled by this dead-eyed stranger. He may look extremely weird — creepy even — but I urge you not to underestimate him.
You do not want to see what this man can do in a game of rock–paper–scissors. 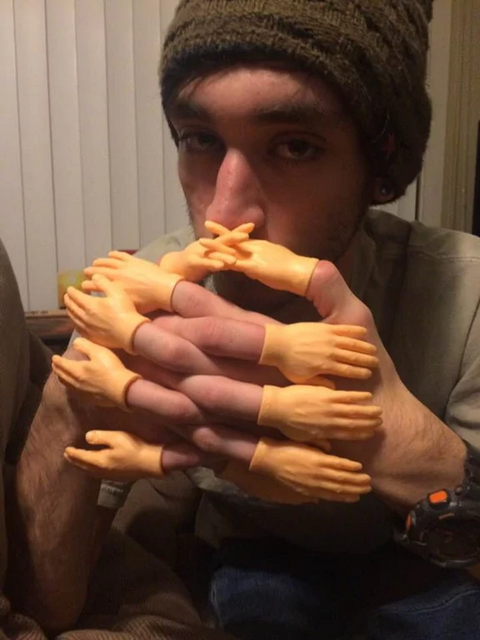 2. “Congratulations, Johnson, you’ve been with the firm a long time and now you’re finally on the Board of Directors.”
“In fact, it’s time we gave you the key to the executive urinal.”

“I know what I said, Johnson.” 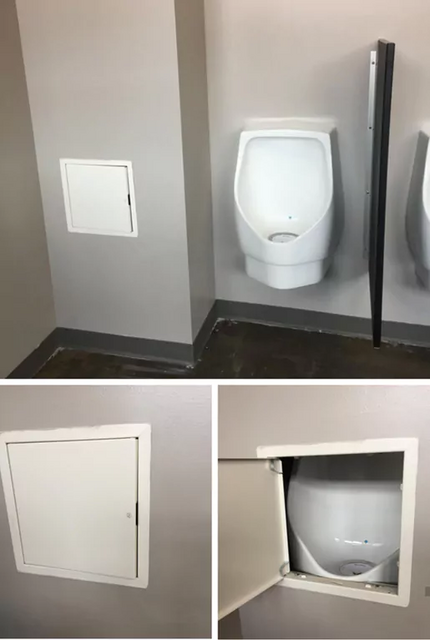 3. This is totally inappropriate.
Can’t a self-respecting city pigeon enjoy a nice lunch of discarded hot dog bun without some foot-fingered human weirdo snatching it away and fumbling it into his stupid mouth hole?

I swear, sometimes I wish I’d been born a crow. At least they get a little respect. 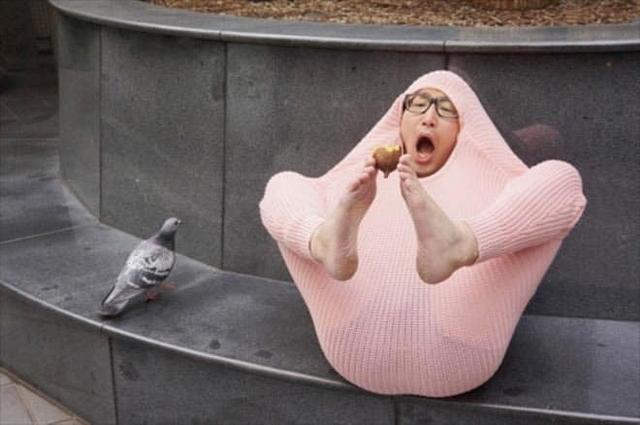