We are shocked and surprised when we learn that someone we know has been diagnosed with cancer. We feel sorry for them and then go on to wonder how they possibly could have gotten cancer. What we don’t know is that their home, as well as ours, is filled with everyday use products containing chemicals which can lead to cancer. Whoever worries over the chemical breakdown of toothpaste, right? Well, you should. Here are 10 products we use on a daily basis which contain carcinogens. 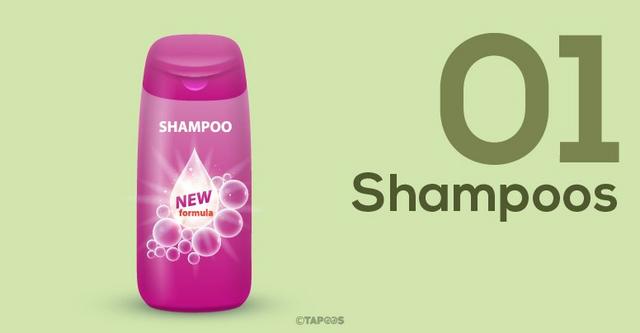 Shampoos are filled with chemicals like sodium lauryl sulfate, parabens, ammonium laureth sulfate, synthetic colors and parfum. Parabens are known carcinogenic and are linked directly with four types of cancer. A study found 99% of tissues from breast cancer patients had contained parabens. While chemicals like ammonium laureth sulfate won’t be the cause of any health problems but these can be easily contaminated if not handled with extreme care during the manufacturing process with impurities like 1,4-dioxane. And according to the Department of Health and Human Services it is an anticipated human carcinogen. 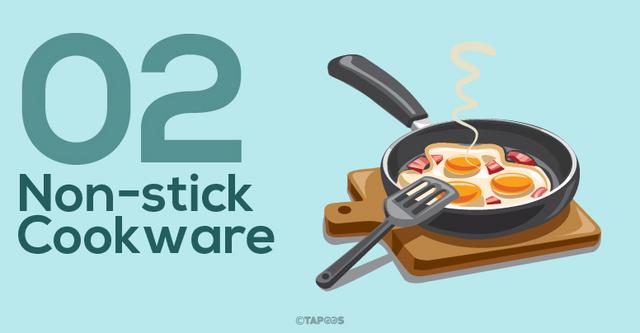 Easy to use and easy to clean, unfortunately, these non-stick cookware come with a synthetic coating of what is commonly known as Teflon (polytetraflouroethylene) which releases toxins dangerous for human health when heated at 450F or higher. According to research by Environmental Working Group, it was observed that Teflon coatings can begin to break apart after just 2-5 minutes of the utensil on stovetop. This releases fluoride-based gases and toxic particles, some of which are believed to be carcinogenic. An alternate would be to switch to ceramic and glass cookware. 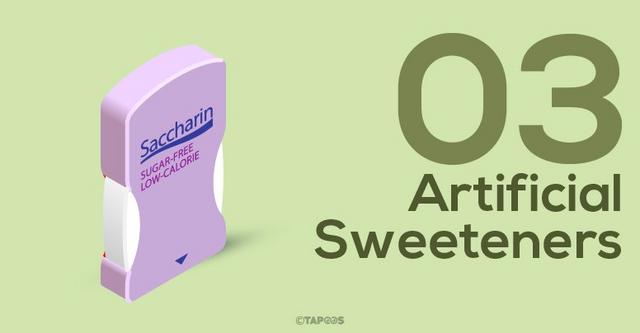 These are used in a variety of artificially sweetened products and the most commonly used one is aspartame. It is added to diet sodas, protein shakes, teas, energy drinks and other beverages with artificial flavors. While these raise the risk of diabetes, they have also been found to have been linked with cancer according to this study. Natural alternatives to artificial sweeteners can be organic cane sugar, honey and maple syrup. 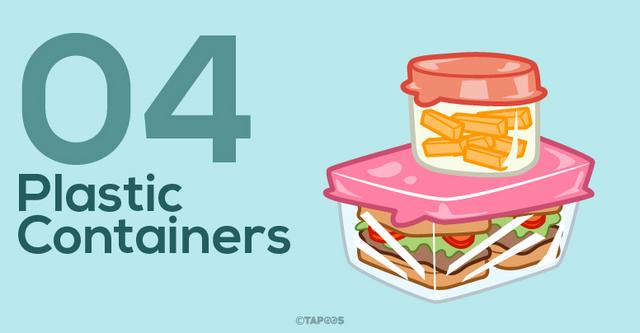 Plastic containers have toxins which release into whatever food or water is stored in it and is ingested along with the food into our bodies. It’s worse if the food going into the container is hot or the bottle you’re drinking from has been sitting in the sun or the car because heat speeds up the chemical release. Chemicals like Bisphenol A and Bisphenol S have been proved to cause cancer by various studies. Opt for BPA-Free containers and bottles or give up plastic altogether which is better for human health as well as the environment. 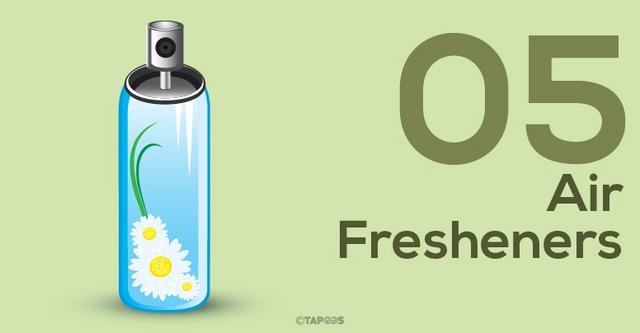 A study by Natural Resources Defense Council (NRDC) found out that air fresheners contain chemicals which aggravate conditions like asthma and affect the reproductive development of humans. All the air fresheners we see around us whether in our homes, cars or bathrooms are fragranced with artificially produced chemicals called parfum which are basically a cocktail of toxic chemicals. None of this is displayed on the labels to keep the particular composition from being replicated by other companies. However, certain harmful ingredients are also hidden by doing so. According to a study by Anne Steinemaan of University of Washington, all tested products gave off potentially harmful chemicals including carcinogens. 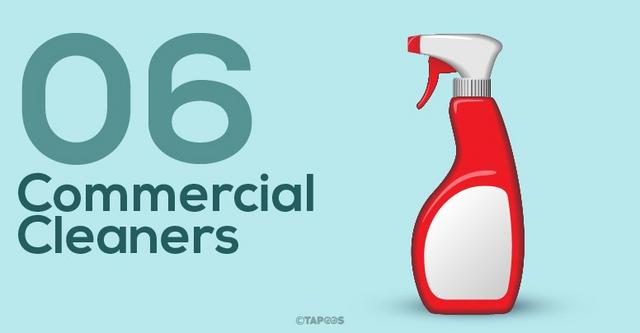 I used to keep a shelf dedicated to house cleaning products including separate cleaning agents for glass, metal surfaces, wooden frames, brass fittings, microwave cleaners, stove-top cleaners and the likes. However, while the labels clearly warn against ingestion of the liquid or foam contained in the bottles, the fumes and vapors are equally harmful when released while cleaning. According to the David Suzuki Foundation some of the toxic chemicals found in home cleaners are:

2-BE found in glass cleaners, laundry stain removers, carpet cleaners, vehicle cleaners etc. is a skin and eye irritant which has been listed a toxic substance under the Canadian Environmental Protection Act.

Coal tar dyes found in almost all types of cleaners are derived from petrochemicals and may be contaminated with arsenic, cadmium and lead. These can cause damage to the nervous system and may as well lead to cancer.

Try these tips for keeping the house naturally clean and doing away with as many artificial commercial cleaners as possible. 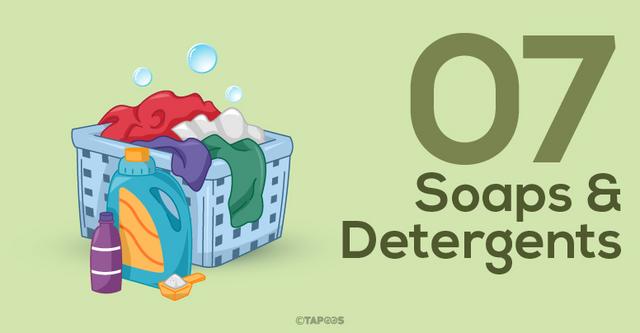 Laundry detergents have a crazy mixture of ammonia, naphthalene, phosphorus and phenol among others which cause itchiness, rashes, and dryness of skin as well as acne and sinus problems. According to the David Suzuki Foundation, chemicals like MEA, DEA and TEA which are found in almost all liquid laundry detergents can react with nitrites in water resource or as a preservative in another product to form carcinogenic nitrosamines.

Recent research by the FDA shows that anti-bacterial hand soaps, dish soaps or body washes, liquid or otherwise contain Triclosan which is a potential carcinogen as found in a study by Michael T. Dinwiddie, Paul D. Terry and Jiangang Chen. Triclosan can also:

Researchers agree that washing up with warm water and soap can easily do away with disease causing agents. 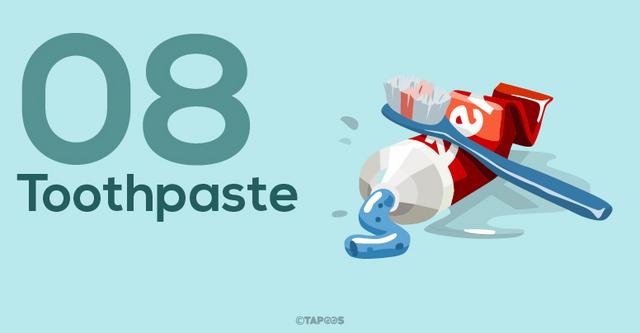 You have seen numerous “Dentists’ approved” toothpaste commercials over the years. One of the worst ingredients to be found in toothpastes is fluoride, which is a known carcinogen. It is so toxic, that a Fluoride Action Network has been established to raise awareness about its potential dangers. The FDA now requires a poison warning on every tube of fluoride containing tube sold in the US. According to Dr. Dean Burk, co-founder of US National Cancer Institute, “… fluoride causes more human cancer deaths than any other chemical… There are many people who don’t tell the truth when they are in power in administrative positions… This amounts to public murder on a grand scale; it is a public crime…” 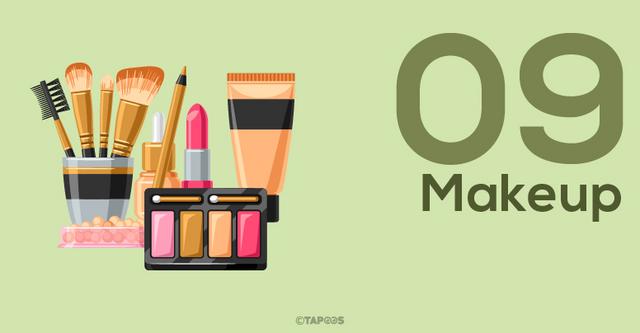 Chemicals have the tendency of easily making their way into your body via your skin. While it is advisable to alter your eating habits and be watchful of processed foods, it would also be a wise decision to take a look at your vanity. Makeup has heavy metals in its composition and women need to be especially watchful of this one.

According to scientists, if you use heavy makeup on a daily basis, your skin ends up absorbing a total of 5 pounds of chemicals per year. The Environmental Working Group has a wide database to help you find organic and safe alternatives to heavy metal containing makeup products. 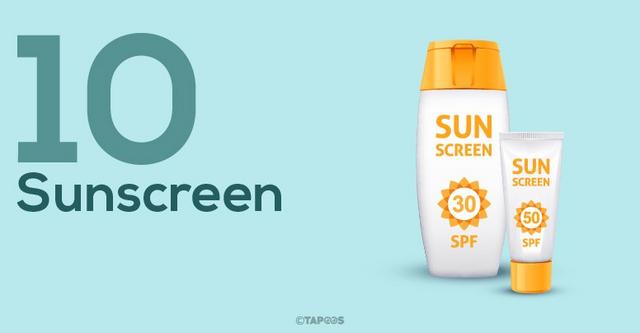 As soon as summers arrive, the first thing we do on our trip to the store is to pick up a sunscreen. We keep fussing over its SPF and indulge in length debates with friends over how a higher SPF is better or vice versa. Little do we know, some sunscreens contain Retinyl Palmitate. In a research by Journal of the American Academy of Dermatology, it was established that RP causes an increased chance of growth in cancerous tumors and skin lesions. The Environmental Working Group has also issued a warning against sunscreens with RP due to their photo-carcinogenic properties. Experts recommend applying a clear zinc sunscreen and to ditch the other ones altogether. 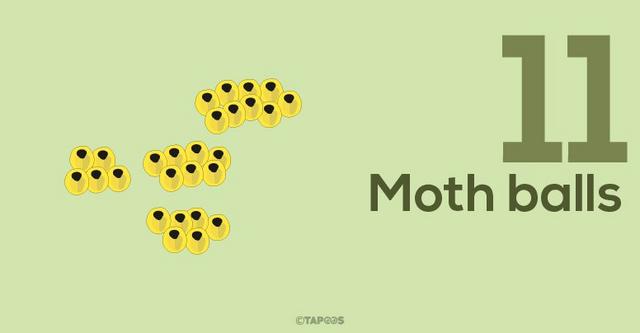 Whenever I have to put away seasonal clothes, I use a generous amount of moth balls wrapped in tissue or something else and place these randomly in the packed layers. Turns out, there is a very good reason these naphthalene moth balls keep crickets, moths and other such bugs out of your clothes. There is an entire page on the National Pesticide Information Center warning against the health issues these may cause:

It is advisable that clothing packed with naphthalene balls should be washed before use especially for younger children. 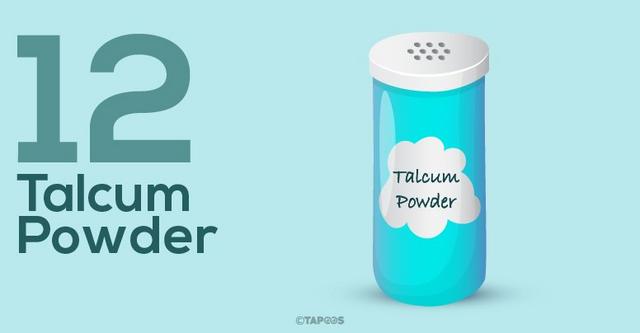 According to the American Cancer Society, the mineral talc, used for manufacturing talcum powder, in its natural form might contain asbestos a substance which is known to cause cancer. Talcum powders are used in baby powders, adult facial and body powders as well as in a range of other consumer products. Due to awareness, all talcum based products in the US have been asbestos free since the 1970s. Very recently, Johnson and Johnson paid a Californian woman $70 million in a lawsuit against the company on the claim that their baby powder caused her ovarian cancer.