Whether it’s a friend or a coworker, we all know that one person who always has to one-up us. Weird stuff happens to all of us, but their lives are just magically weirder, and they only bring this up when our story is ending.

And of course, they didn’t get a picture of any of this mayhem.

Well, guess what, Larry? These people did snap a pic, and that’s why I’m not tuning them out. 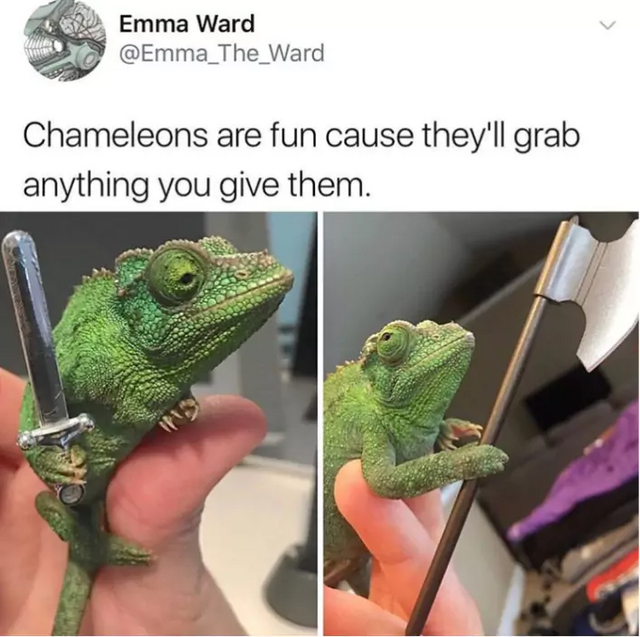 2. I doubt this will come as much comfort, but I guess we can say we know what a crushed phone looks like now.
I guess it’s something I was curious about, but not enough to boldly play fast and loose with the returns policy. 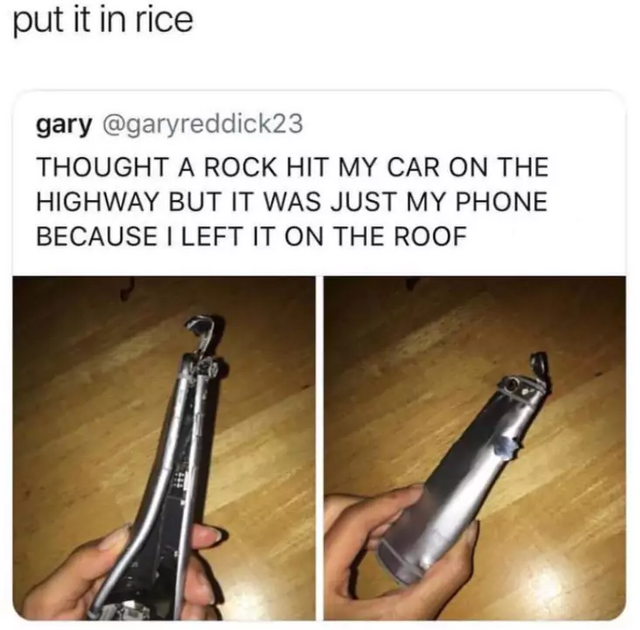 3. I don’t think even Xzibit could find a way to make this ride look fresh.
Although, I suppose warning every other parent at the soccer game that you’re not afraid to crush their cars should give you some much-needed space. 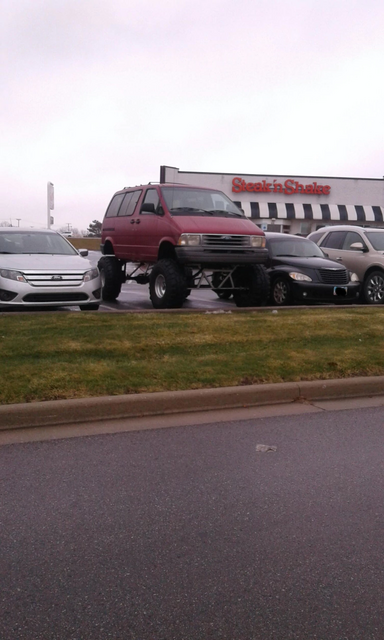 4. If we didn’t see it ourselves, it’d be hard to believe this guy pulled this off, but he outright slayed!
I’m not even sure I’d want to party with a bunch of people who wouldn’t let me in, but I’ll let him have his moment. 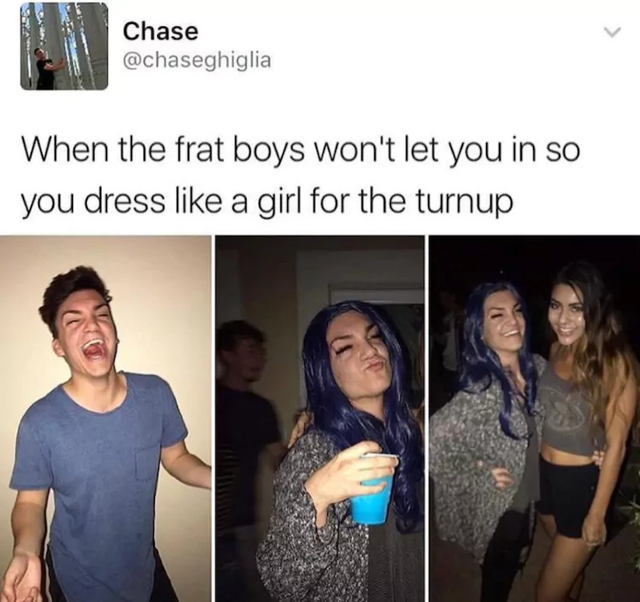 5. Wow, I never would have believed that more than one of this outfit existed either.
So that means that somewhere, there’s a company that makes them. Is the ugly sweater party market really so big that it can support entire clothing lines? 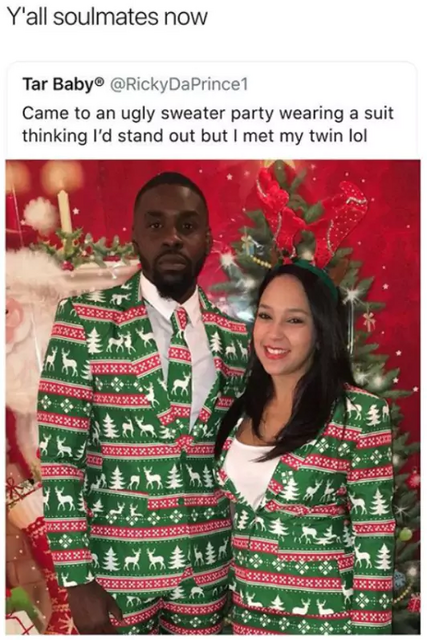 6. OK, so this person obviously set out to feed these raccoons, but they look weirdly bored by it.
Did they psych themselves up while they were strapping vegetables to their body, only to be underwhelmed when it actually happened?

Hmm, I guess I’ve been there. 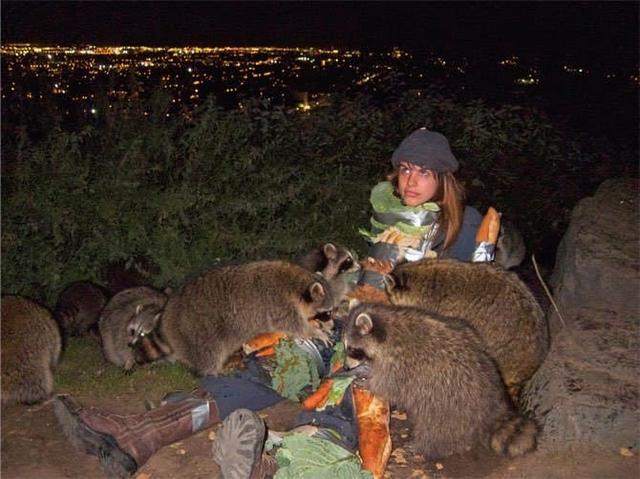 7. Well, well, well, looks like we’ve got a real one-stop shop on our hands.
I also love that hastily added “handbag.” Like, they just started selling just one handbag after someone forgot theirs here.

Somebody obviously knows how to get their hustle on. 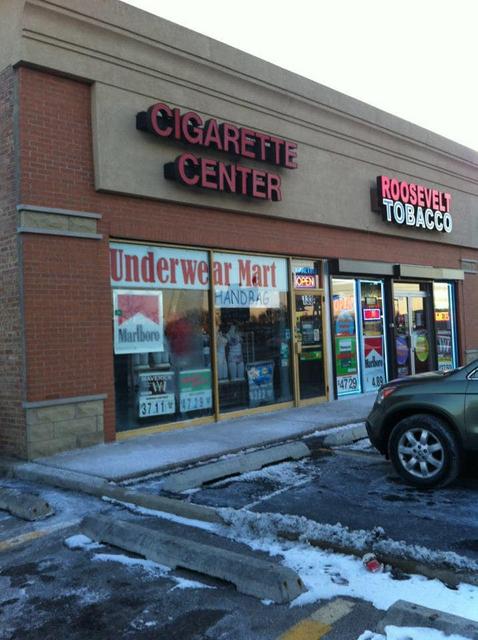 8. This is actually kind of tripping me out. Was that slogan there the whole time?
Either it was, and this is the first time somebody’s noticed it in decades, or they actually took the time to add this nothing of a saying to every package. 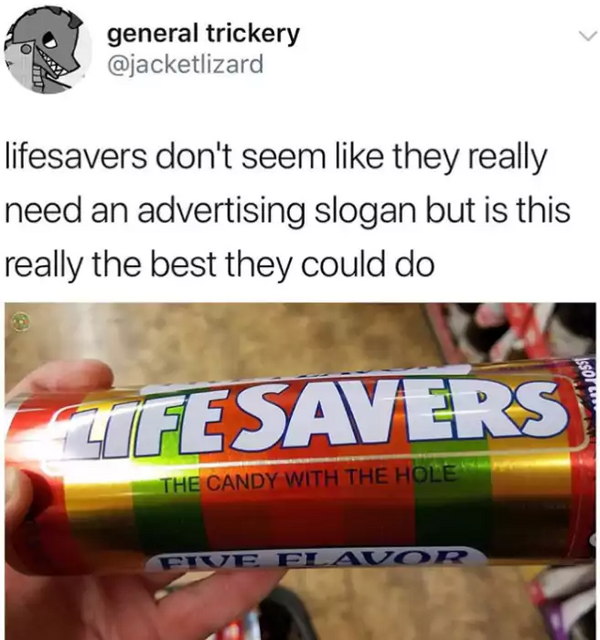 9. Until now, I never would have believed it was possible to make sheep scary.
And what somehow makes it worse is that they probably won’t even do anything but stare at you like this until you start running.

So Seth Rogen’s leading us into a trap. 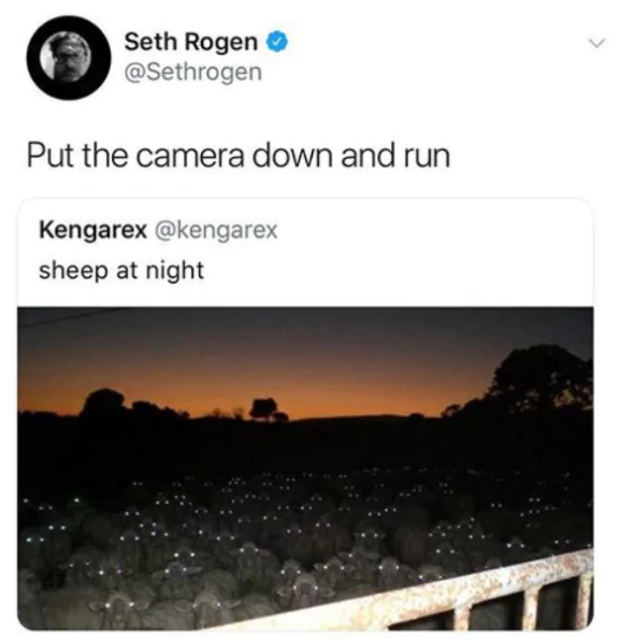 10. I’d love to get worked up about the fact that someone actually did this, but I’m more confused about the protocol here.
Now that we’ve seen this, does that mean the house punches us, or does the owner expect us to report this ourselves? 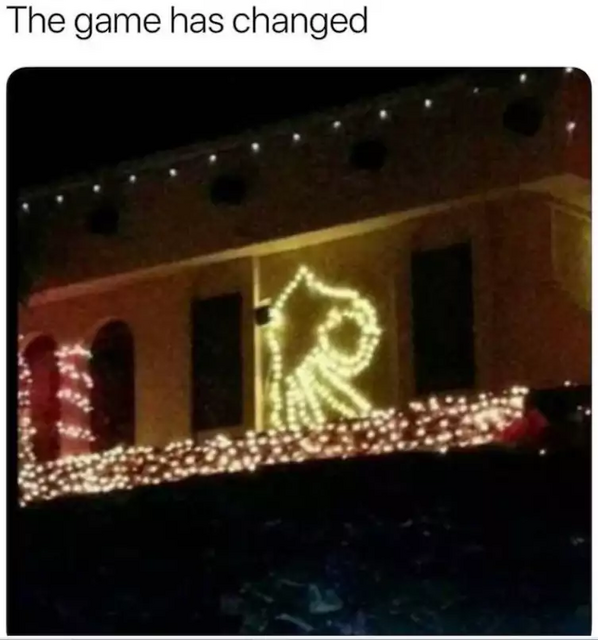