Things escalate quickly sometimes, that is not a secret. Whether it’s because of an emotionally driven response to what someone else said or did, or the fact that you just got too caught up in the moment, it’s easy for things to spiral out of hand sometimes, and it often results in some pretty interesting situations. In fact, I’d argue that some of the most hilarious memories come from moments where people got too carried away.

Here’s a group of folks who took things a bit further than they should have.

1. Acting like you’re classy while in a McDonald’s is the equivalent to acting like you’re smart while at a monster truck rally.
No one believes you, and most feel sorry that you’re even trying. 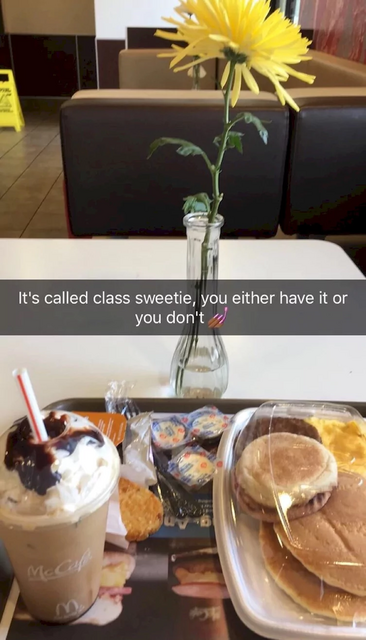 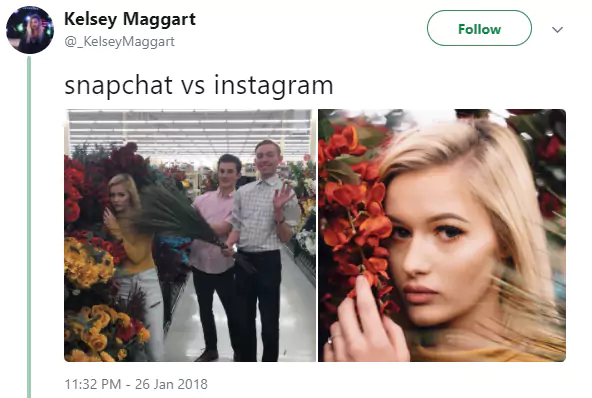 3. Well, she’s a woman of her word.
Or thousands of words, if you want to get technical. Isn’t a thesis typically like, a hundred pages long? How big is this scarf, or her neck, or the font? I have so many questions. 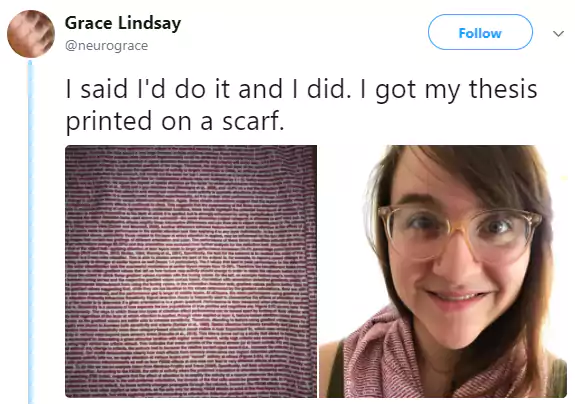 4. People always get carried away when it comes to their pets.
They’re so little and incompetent and rely on us for so many things. Basically, they’re children with fur, except they can get put down for biting someone. I wish that rule applied to kids, too TBH. 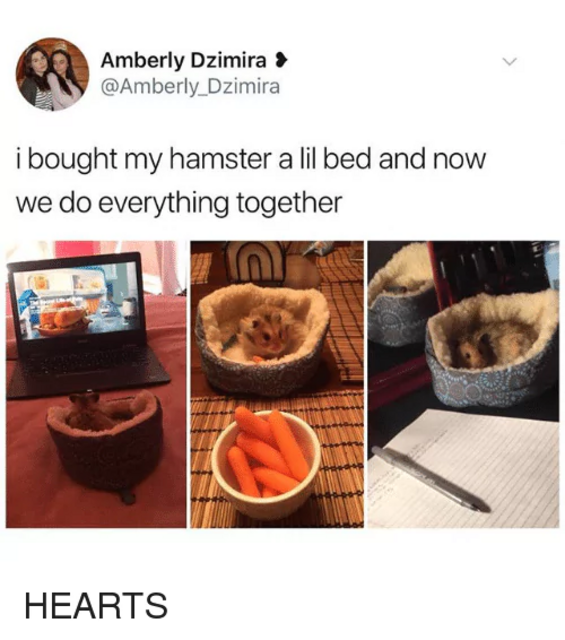 5. I’m over here struggling to find a dude that will hold my hand in public, and there are people doing this.
I look forward to the day when someone loves me enough that they’re willing to make themselves horribly uncomfortable in order to pacify my whims. 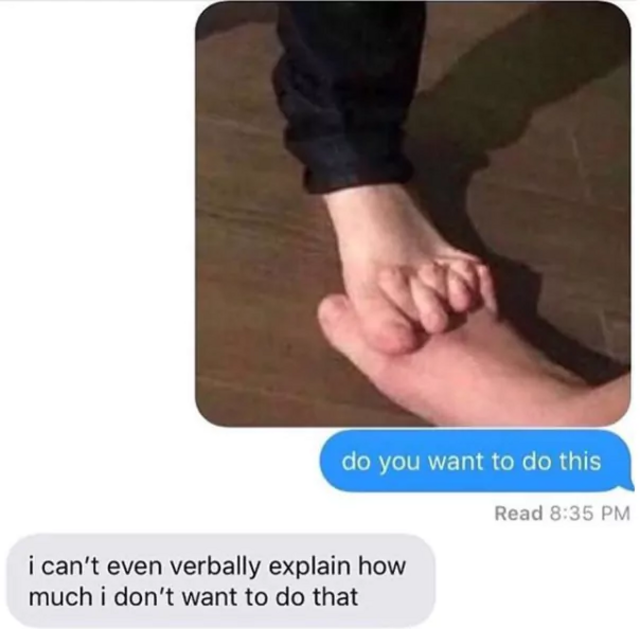 6. The only chemistry in this group chat was between the two of them anyway.
Sure, it would’ve been easier to just create a new chat, but that doesn’t have the same finesse. 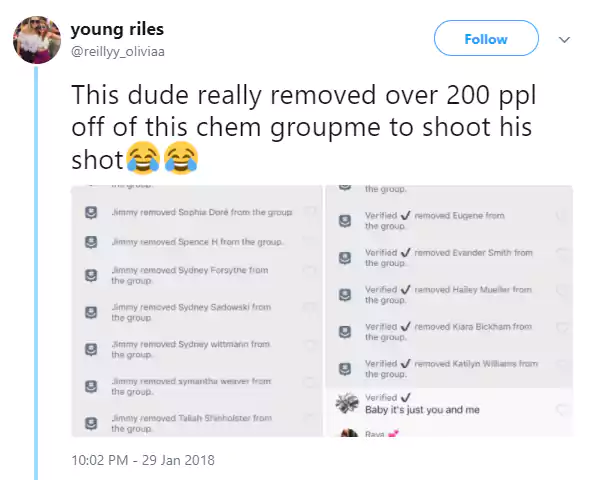 7. This bird is fly as hell.
I wouldn’t even be mad if this bird came at me in a club. He’s better looking AND better dressed than the dudes that normally hit on me, plus he’s probably got better dance moves. 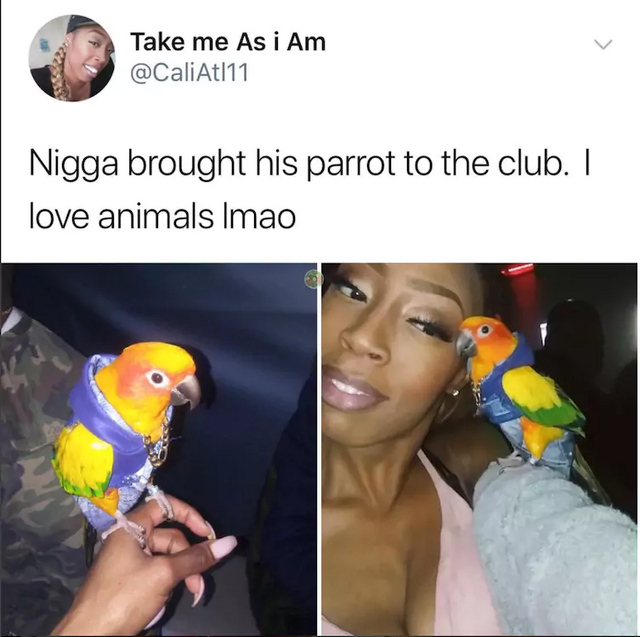 8. Looks like your dad is as aggressive as your uterus.
That must be where it gets it from. Genetics can be a real bitch, but they have nothing on the imaginary girl your dad thinks he’s about to go off on. 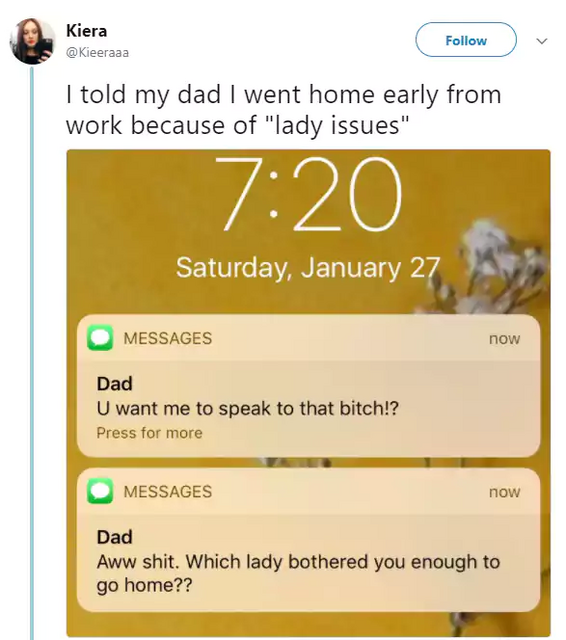 9. Well, that’s a little bit much, don’t you think?
Something tells me that whatever drove this person to yell at an innocent bystander is the same driving force that led to the argument in the first place. 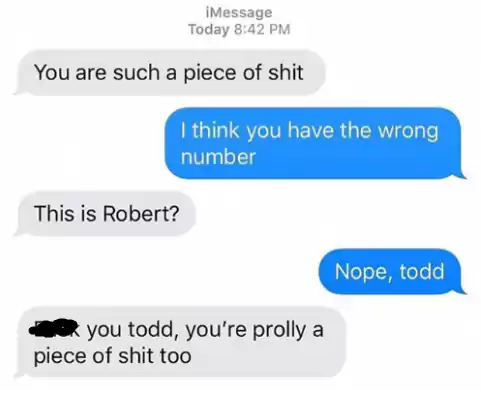 10. Well, that escalated quickly.
It’s no secret that the older we get, the less time we have to waste. Clearly grandma is a bit on edge, but we hope she enjoyed her birthday regardless. 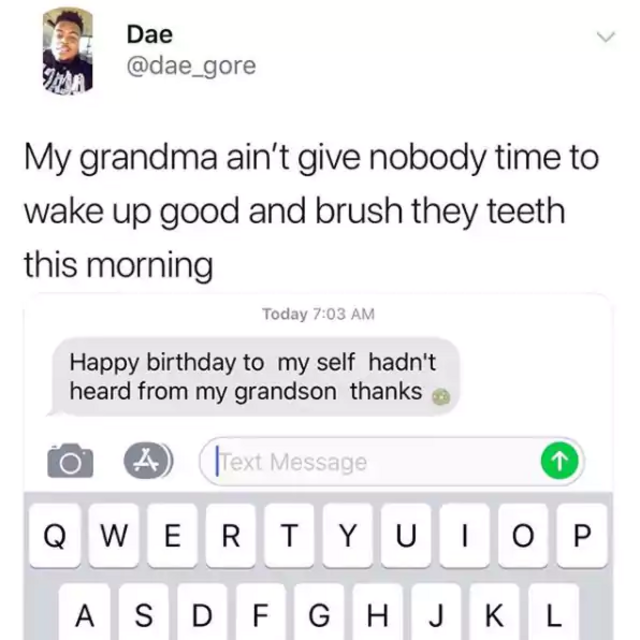