The internet has given us the amazing ability to share our experiences with the rest of the world.

But sometimes, a viral story is so unbelievable because it’s a straight-up hoax. Sure, we like to think we’re too smart to be scammed, but hoaxes aren’t always easy to spot.

The other problem is that sometimes a story is so cool that we just want it to be true. So we buy into it and share, share, share! I’ll admit, I’ve had to delete a couples posts after checking my facts.

If you bought into any of these stories, don’t worry — we won’t judge!

1. There was no shark swimming on the freeway following Hurricane Harvey.
Sharks swimming in unusual places are almost always the work of photo editing. And that’s exactly what this is. The shark is real — but it was taken from the original photo, captured by a professional photographer at the White Shark Trust in South Africa. 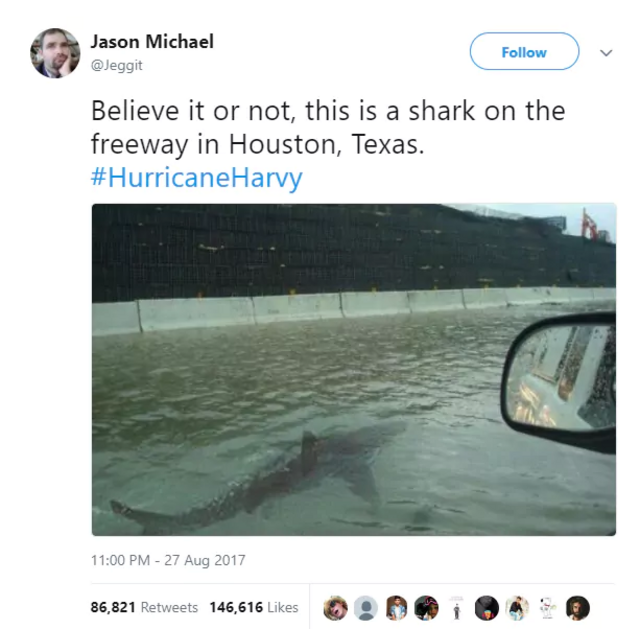 2. No little girl called President Trump “a disgrace” on camera.
In reality, it was part of the Comedy Central series called “The President Show.” In the original video, it’s obvious that this is actually a Trump impersonator. But the viral video on Twitter has been strategically cropped to remove the Comedy Central logo. 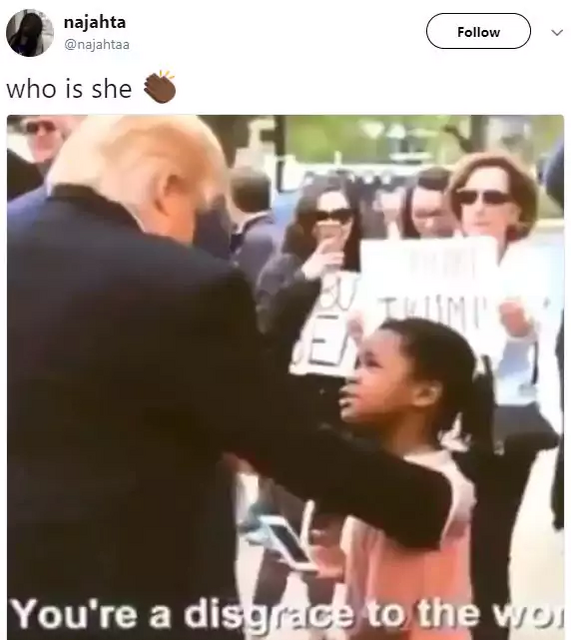